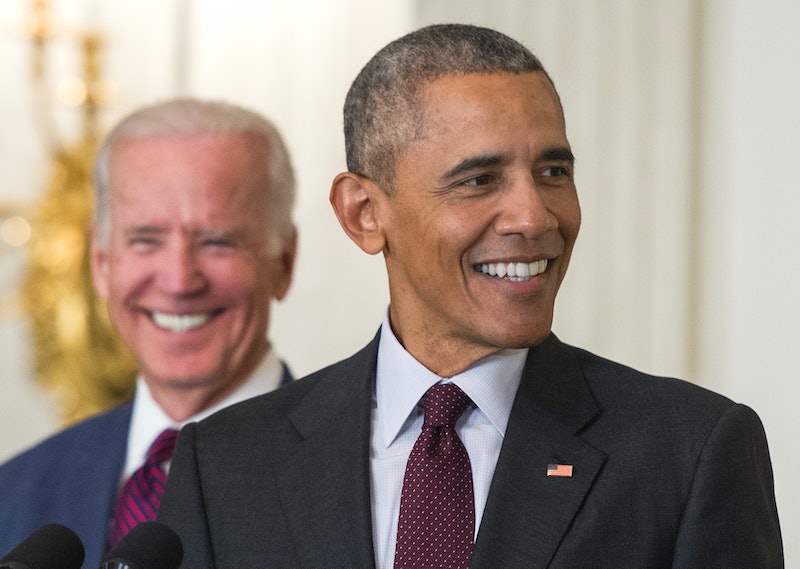 In an interview Sunday, President Trump said that Republicans may not reveal their Obamacare replacement proposal until "sometime into next year." Trump has also said that he wants to repeal and replace the Affordable Care Act "essentially simultaneously," which means that, per the president's own words, the health care law could conceivably still be around during the 2017 holiday season. All of this raises a question many have been asking for months: Will the Obamacare repeal really happen?

It's too soon to make any predictions, but there are some good reasons to be skeptical that Republicans will ever scrap the law in its entirety. The first reason is Democratic opposition. The ACA was one of Democrats' most significant legislative achievements in decades, so few of them are eager to repeal it. Republicans hold 52 seats in the Senate; that's enough votes to repeal certain parts of the bill, but in order to scrap the entire thing, they'll need 60 votes to break an expected Democratic filibuster.

Unless eight Senate Democrats cross the aisle and side with Republicans, at least some parts of the law — such as the one requiring insurance companies to provide coverage to people with pre-existing conditions — are here to stay. If you'd like to get into the weeds on this, The Atlantic has a good explainer on which parts of Obamacare are immune to a filibuster.

So, that's the first obstacle. The second obstacle is, surprisingly, Congressional Republicans. Yes, the GOP has been screaming about the necessity of repealing Obamacare for the better part of a decade, but there are growing signs that in actuality, the party isn't ready to rip away insurance from 20 million Americans.

Angry constituents have confronted their Republican representatives at town halls across the country, furious at their plans to repeal Obamacare. One lawmaker, California Rep. Tom McClintock, had to be escorted out of his own town hall by police as protesters outside chanted "Resist!" and "Shame!" McClintock's constituents were upset that he couldn't explain what the Obamacare replacement would look like — and according to The Washington Post, that's because the GOP as a whole has been unable to craft a replacement bill that covers as many Americans as Obamacare does.

This leads me to the third and most surprising obstacle in the way of Obamacare repeal: Trump. Although he's a member of the Republican Party, there are several signs that he's not as gung-ho about repealing the law as the rest of the GOP.

During the Republican primary, and then again in January, Trump said that "nobody is going to be dying in the streets" under any health care bill he signs. That phrase suggests that Trump, to the extent that he cares about health care policy, wants to prevent Americans from losing their coverage. And indeed, Trump later confirmed this, saying that his plan will provide "insurance for everybody."

This is an important point. When it comes to health care policy, Democrats are usually the ones focusing on expanding coverage as much as possible, while Republicans tend to prioritize bringing down the cost of premiums. Trump, who once supported single-payer health care, is siding firmly with Democrats here. In all likelihood, he knows that repealing Obamacare without a suitable replacement would leave around 20 million Americans uninsured, and thus at risk of "dying in the streets."

There are a lot of moving pieces here, and the GOP will certainly keep talking about repealing Obamacare for some time. But it's undeniable that the effort has been steadily losing steam, and when you consider all of the obstacles the GOP faces, it's quite possible that the repeal effort will eventually sputter out completely.