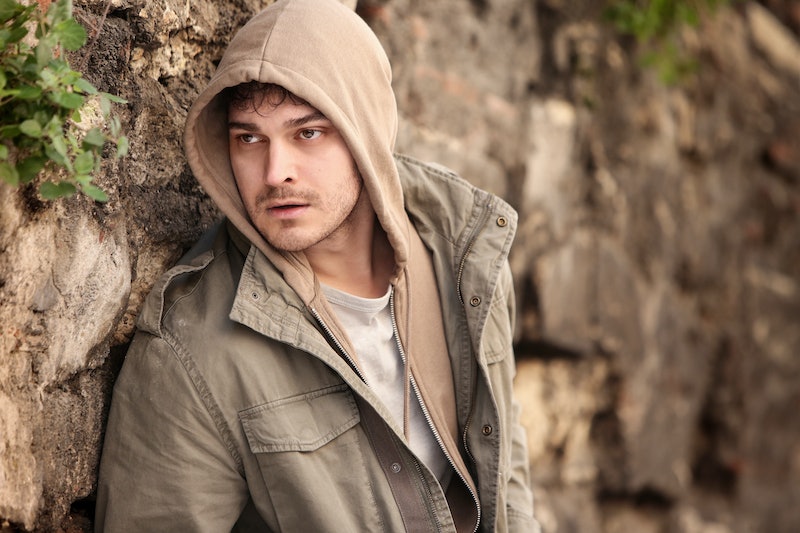 Calling all fantasy fans! Your maybe-new-favorite-show, The Protector, premieres Friday, Dec. 14 on Netflix. According to a press release, the series follows Hakan (Çagatay Ulusoy), a shopkeeper in modern Istanbul who learns he's part of a secret ancient order responsible for protecting the city. Much to his chagrin, he realizes it's his job to save his home, and he must decided whether to embrace his destiny or ignore it. Not only does it sound like a tantalizing premise, but fans can rest assured that The Protector will return for Season 2, according to the Hürriyet Daily News.

In the show, Hakan learns that Istanbul is being threatened by a mysterious, mystical group called the Immortals. Not only that, but he's the one that's been tasked with stopping them. In the Protector trailer, a confused Hakan is whisked into a secret headquarters that looks like something straight out of The Mask or Zorro or a Turkish Bruce Wayne's batcave. Once inside, Hakan is introduced to his new team, The Loyal Ones, which is comprised of Zeynep (Hazar Ergüçlü) and Kemal (Yurdaer Okur). "What are you loyal to?" he asks. "To you," Zeynep answers.

From there, he begins training with Zeynep to be the protector he's destined to be. The series also stars Ayça Aysin Turan as Hakan's romantic interest, Leyla. Other characters include Mazhar (Mehmet Kurtulus), and Faysal (Okan Yalabik), among others.

The Protector's star, Ulusoy is a well-known Turkish actor who has been in local TV shows like Içerde and Medcezir, which, per his IMDb, was a Turkish remake of The OC. Furthermore, Ulusoy said in a translated interview with Turkish publication Ranini TV:

"Working with Netflix is ​​a really interesting experience because it is a very effective platform. Being part of them, being a part of that family, is a very important step for me.... I see myself as a world citizen in the context of a career; I have no limits in my head. I think that what I do and will do in the world will help young people who are committed to this profession not to have to limit themselves while planning their career."

The Protector also marks Netflix's first Turkish original series, which is a huge deal for the country. According to an interview executive producer Alex Sutherland did with The National, Turkey is waiting expectantly for The Protector's release. "There’s a bit of a national expectation in Turkey," he said. "A lot of people are looking at us to create a high standard for the industry and hopefully be the beginning of a new dawn of production in Turkey."

And it looks like they've succeeded on that front. In late October, Deadline reported that the streaming giant had greenlit a show called Ottoman Rising. The series is centered around Ottoman Empire leader Mehmed II (or Mehmed the Conqueror), who rose to power in 1444 at the tender age of 12, per Globe Post Turkey. Although no release date has yet been announced, per Deadline, it proves that Netflix has a vested interest in Turkish storytelling.

And although no release date has been announced for The Protector Season 2, viewers can rest assured that it's on its way. So even if Season 1 has a cliffhanger or unsatisfying ending, you can breathe easy knowing there will be more to come. Hopefully for fans of the show, Hakan won't get a break from saving Istanbul anytime soon.

More like this
The 'First Kill' Cast & Fans Are Disappointed Over The Show’s Cancellation
By Brad Witter and Sophia Moore
Watch The Trailer For Netflix’s Edgy New Comedy 'FAKES'
By Brad Witter
Does 'Locke & Key’s Ending Mean There Could Be A Season 4?
By Sophia Moore
What’s New On Netflix: 'Never Have I Ever' & 'Indian Matchmaking' Return
By Arya Roshanian
Get Even More From Bustle — Sign Up For The Newsletter