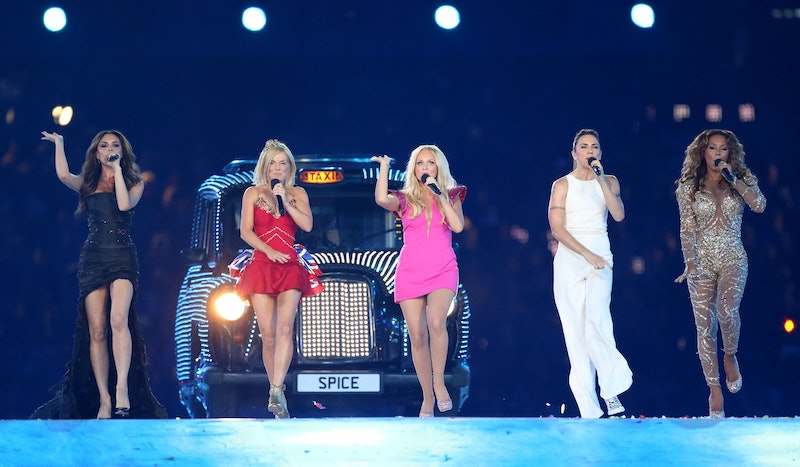 Our nineties nostalgia came out in full force with the announcement of the Spice Girls tour. Fans nationwide rejoiced as Sporty, Scary, Ginger, and Baby donned their platform trainers once again and got ready to take to the stage. Although the girls were missing Posh from the tour, this was the first time they had sang altogether since the 2012 London Olympics. Performing in classic Spice Girls regalia, the band well and truly spiced up our lives. Sadly, however, the 2019 tour has come and gone, but due to it's success people are already asking, will the Spice Girls tour in 2020?

For the 2019 tour, the Spice Girls kept it local and just toured throughout the UK and Ireland, but there's good news for Aussie fans as it looks like girl power is going global. Twitter user Halina Watts posted a video onto the site from the last night of the tour where Mel B seemed to confirm that there would be a Australian tour as she said "see you in February, Australia". However, in a radio interview with 2DayFM, Scary Spice said that an Aussie date wasn't exactly set in stone. Why must they toy with our emotions like this?!

Mel B has admitted that she is "manifesting" this Australia tour and maybe we all should to and put that energy into the universe and maybe, just maybe, it might come true.

While we can't be totally sure why Mel B is so desperate to tour Australia, Time Out reports that, during the girl's previous tour (The Return Of The Spice Girls 2007-2008), the Spice Girls had a Sydney date booked in. Unfortunately, however, that date was cancelled. The Telegraph reports that the reason for the 2008 cancellation was due to "personal commitments." So perhaps Mel B sees this as an opportunity to make it up to Aussie fans.

Bustle has reached out to a rep for the band to get to the bottom of this Australia story. I'll let you know if we hear anything.

According to The Express, the recent UK Spice Girls tour broke ticket records and was their busiest ever sale. Clearly the demand is definitely there, so surely it would make sense for them to embark on another tour next year? Right?

There is no word on what the Spice Girl's touring plans are for 2020. However, as well as asking about Australia, Bustle also asked the band's rep more generally whether there will be another tour from the girls sometime next year, either in the UK or globally. So I'll let you know if there are any updates there, of course.

Even if they don't announce another tour next year, there may just be another way of seeing the Spice Girls. The Hollywood Reporter announced that all five of the girls have been in talks with Paramount Animation about an animated film. According to their report, Simon Fuller will be producing it, with Karen McCullah and Kiwi Smith writing the screenplay. The film is set to be released in 2020, according to the magazine. The president of Paramount Animation Mireille Soria has said the Spice Girls "had an idea that we've been developing" and added that "they are very involved." This is pretty exciting stuff and definitely numbs the pain of not knowing whether we'll ever see the girls live again.