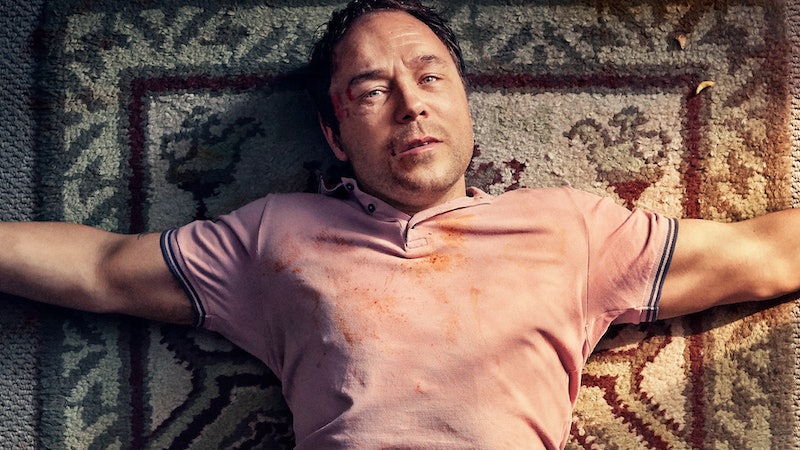 Stalwart of British film and television Shane Meadows has never been one to shy away from the darker underbelly of British society and history. As a matter of fact, he has pretty much based his career on it. So when news dropped that he was set to write and direct a new series for Channel 4, fans were understandably excited. His latest show The Virtues, is every bit as dark as his other work and has been a hit from the get go. But will The Virtues return for season 2?

Well in short, its probably a no but not a never. Meadows spoke to Variety about the potential for more from The Virtues universe. "The time we spent casting in the UK & Ireland, and the months of rehearsals we did before the shoot mean that, much like 'This Is England', all the characters have the potential to develop further. That being said, the end [of The Virtues] feels fairly conclusive and I've no plans to do another as yet. Never say never though, baby!"

Line Of Duty favourite Stephen Graham, who is also known for Meadows' legendary This Is England, is the main star in this drama. The Virtues tells a story of a man, Joseph, in a state of crisis after his wife and daughter leave their native Liverpool for Australia with no warning.

Joseph, who is dealing with alcohol and substance abuse, is in recovery and is left bereft by their departure. In an effort to connect with his own family roots he returns to Ireland where his family originate. However, moving back to the country from which he is from stokes the fire of his memories. A fire which is made up of horrific repressed memories from his childhood spent in the care system.

The story, a sad tale of abuse and its ravages, has some basis on the true experiences of Meadows. After his father discovered the body of a young murder victim, he was accused of the murder. Despite his innocence being proven, in an interview with The Guardian Meadows explained that the effect this had on the family was immeasurable. Not only were the media camped outside his home for some time, but he also faced a lot of bullying at school. During this time Meadows was sexually abused by two older boys. He spoke to The Guardian about the incident which he repressed for a great many years.

"You can feel that sense of panic, but not understand it or why it affects your life on a daily basis. But every five or six years, I'd have these massive depressions or anxiety attacks. Really bad. Dragging me into the pits of hell, it felt like the Book of Revelations," he told the publication.

After several years dealing with severe mental health issues and trying to escape his trauma with drugs, alcohol, and crime — Meadows managed to become the successful film maker we know and love today. Luckily after various treatments, he received help from a psychologist who diagnosed him with PTSD. He explained to the Guardian that this really was a life changing experience for him. That this experience has given him a deep empathy for trauma which is often portrayed in his work.

The Virtues is in four parts and has music from the incredible legend that is PJ Harvey throughout.

If you or someone you know has been sexually assaulted, contact Rape Crisis at 0808 802 9999 or visit rapecrisis.org.uk