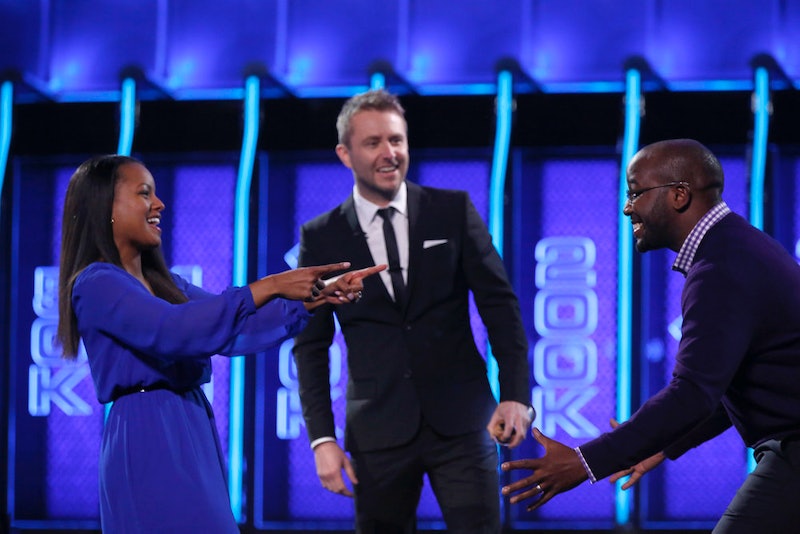 Without cliffhangers or cast contracts to worry about, it's often difficult to gauge the staying power of a game show. NBC's new series, however, seems to be a hit. Will The Wall get a Season 2? When is it coming back? The series, which was developed by Lebron James and is hosted by comedian and self-described "zombie therapist" Chris Hardwick, has a pretty good chance of sticking around for at least another year.

TVLine's 2017 renewal scorecard does not even include The Wall, which is not surprising as it did debut in December. The show is doing well in ratings, and got an additional 20 episode order after just two episodes on the air, according to Deadline. Meredith Ahr, the president or Universal Television Alternative Studio at NBC Entertainment, told Deadline that they were happy with the early success of The Wall and that NBC had “been in pursuit of a brand new high-stakes game show for a while," also praising the tension created by the physical aspects of the actual game. The show combines trivia and the chance of a ball dropping through pins, which raises the stakes and makes it even more compelling.

That actually means that, before we even start thinking about Season 2, there's still the rest of Season 1 to consider. As of Tuesday's finale, only 10 episodes will have aired. My guess is that the show will return in the summer, once NBC's Tuesday night primetime offerings have ended, as early as May or June. It's a classic midseason strategy.

Then, if the show is renewed for Season 2, I would look for that to begin in either December of 2017 or January 2018. You'll never go too long without your dose of The Wall, basically.