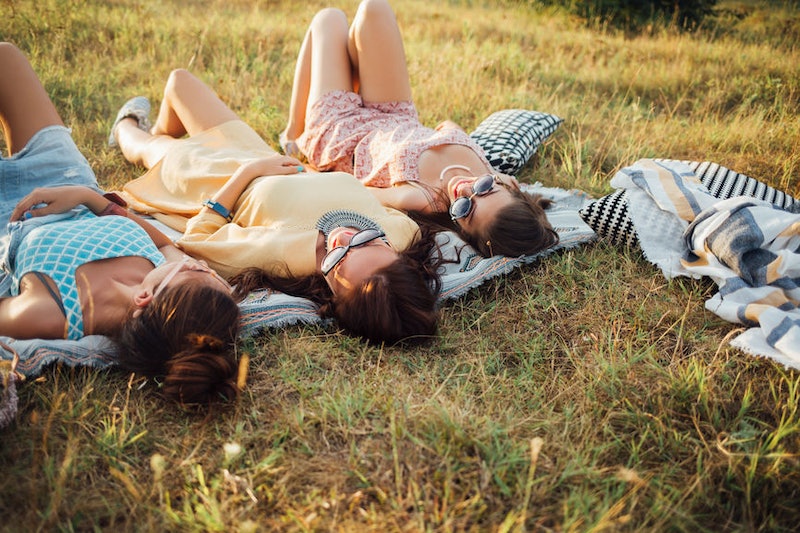 When the August bank holiday comes around, people always pray for warm weather. And despite months of scorching temperatures across the entire country this summer, no one wants it to rain this weekend. There are mixed reports, however, as to whether a bank holiday heatwave is on the horizon this time.

You've probably noticed headlines proclaiming that the UK will see hot and humid weather return towards the end of the week. Pretty52 said "another heatwave is heading to the UK just in time for bank holiday" while The Express is claiming the return of the heatwave for a "scorching bank holiday weekend."

I've done some research of my very own and can confirm that, as it currently stands, the weather unfortunately isn't looking too great for the August bank holiday. In fact, Tuesday is set to be the hottest day of the week with Met Office forecaster Steven Keates describing the next couple of days as "warm and humid." That means temperatures between 20°C and 26°C in layman's terms.

It doesn't necessarily mean that you're destined to spend the entire three-day weekend stuck indoors. BBC forecaster Alina Jenkins reckons that it'll be a "dry bank holiday weekend" for the majority of the UK, so at least you can plan a couple of days and nights out.

However, the most recent BBC weather forecast stated that the temperature is set to turn "much cooler" by Friday with "a mixture of sunshine and blustery showers" across England, Scotland, Wales, and, yes, Northern Ireland. I, for one, am relieved. I have sweated so much over the past couple of months that I never want to experience muggy weather ever again.

The Express reports that the summer of 2018 may beat the record for the warmest summer in UK history. That achievement was awarded to the summer of 2006 which ended up with a mean temperature of 16.1°C. That doesn't sound like a lot but you've got to consider how often it's cold and miserable here.

As the paper states, this summer's average temperature is working out to be exactly the same. So if the sun continues the way it has been, 2018 will take the trophy.

So why did this year's heatwave happen in the first place? If you're an avid listener of the weather forecast like me, you will probably have heard the Atlantic being mentioned at least 1,523 times. The reason why everyone loves to talk about that particular ocean is because it's where most of our weather — good and bad — comes from.

As The Sun explains, strong winds from the Atlantic (known as the jet stream) are constantly moving over the UK. When they stay to the north of the country, everyone gets to bask in hot weather. But when the jet stream moves further south, it can get cold quickly.

Since April, the winds have remained north, giving parts of the UK temperatures of well over 30°C. But it seems as if that glorious/horrendous (delete as appropriate) time may well and truly be over.

Enjoy this weekend, as it might be the last sunny patch you'll see in a while.