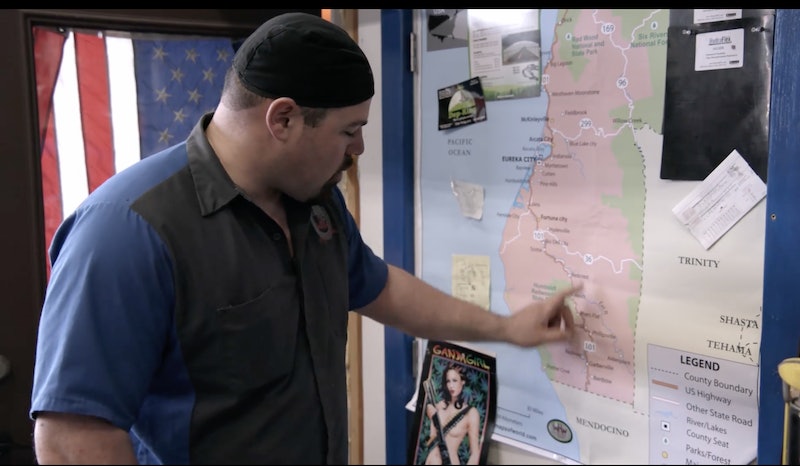 Murder Mountain debuts on Netflix on December 28, and will be introducing the world to the dark underbelly of Humboldt County. While the county can presente a serene, lush beauty is also hides a variety of secrets, including the still unknown truth of what exactly happened to Garrett Rodriguez. Season 1 attempts to offer answers to the lingering questions in the disappearance and death of Garrett Rodriguez, and while there hasn't yet been a Season 2 of Murder Mountain announced there are still plenty of other cases of in Humboldt County that could benefit from the documentary treatment.

While Netflix tends to be pretty liberal when doling out second seasons to original shows, the popular streaming platform may not have the first say on the matter when it comes to continuing Murder Mountain. While Murder Mountain will be introduced to a wider audience with its premiere on Netflix, it actually already aired on television channel Fusion earlier in 2018. The show is produced by non-fiction production company Lightbox, and the team behind Murder Mountain also worked on documentaries LA 92 and the award-winning Man On Wire.

The pedigree behind Murder Mountain suggests that the project may find enough critical success to warrant a second season, but there's a chance that after the story of Garrett Rodriguez, the company and crew may be more interested in exploring a wholly unique story than returning to Humboldt County. However, if they did return to the County, there are plenty of other cases to explore - as many as 35 as-yet unsolved missing people cases, according to the North Coast Journal.

In early 2018, the North Coast Journal reported that Humboldt County has highest rate of missing persons reports in the state of California, and the County was listed as the last known location for 35 names on the California Attorney General's database of missing persons at the beginning of the year.

Soon after the article's publication, that number went down to 33 as one man was found to be living in the town of Eureka and one happened to be a contestant on The Bachelor at the time, but that still leaves over two dozen people who went missing in Humboldt County, and that doesn't even begin to cover the people who went missing and were later found dead like Garrett Rodriguez.

Lt. Dennis Young of the Humboldt County Sheriff's Office told the North Coast Journal that part of the reason there are still so many missing persons may be because "no one wants to cooperate with [an] investigation" because the work they do is illegal, per the North Coast Journal. Humboldt County is notorious for being a popular location for marijuana farms, both legal and illegal. Young explains that many people "will not communicate with friends and family regarding their location, and/or they go off the grid for extended periods of time. Many of those individuals will return home and no one notifies law enforcement that they are no longer missing. Consequently, they remain in the database."

While Young attributes some disappearances as honest mistakes, he does admit that "Some missing persons are victims of homicides with no apparent leads and lack of witness cooperation." There's no indication that the makers of Murder Mountain will return to Humboldt County, but if they do there are still clearly plenty of stories left to tell.