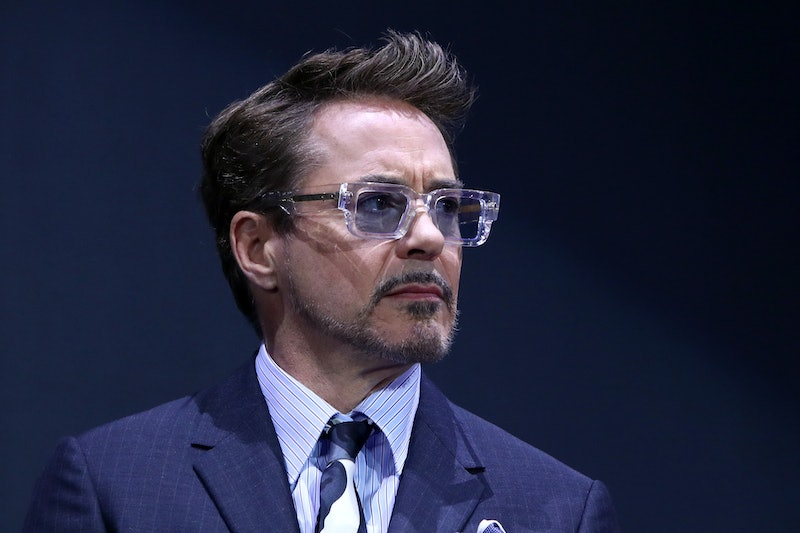 Robert Downey Jr.'s Iron Man is what started the Marvel Cinematic Universe (MCU) all the way back in 2008. Since then, Iron Man has appeared in his own trilogy, as well as many other films in the MCU. With three solo movies already under his belt, and a decade-long history as one of Marvel's biggest properties, it's worth wondering if there will be another Iron Man movie after Avengers: Endgame. However, be warned, Downey's past comments and the path the MCU is heading towards doesn't really leave much room for a fourth movie about Tony Stark.

Right before the last Avengers film, Infinity War, was released in theaters in May of 2018, Downey told Entertainment Weekly that he wouldn't want to overstay his welcome in the MCU. Yes, he and Iron Man were the impetus that created this mega franchise, but everything has an expiration date. "I’m definitely a hang up your jersey before they boo you off the court type guy, just because I still have an appropriate fear of embarrassment," he said.

In the same interview, Downey said that he and Stark both like to plan ahead, and they don't like to have nothing to do. "If I was going to not be playing Tony for the next 10 years, I wouldn’t be doing it with no plan of what I would do instead," Downey said. "I don’t think Tony is idle... Now I think his goals are smaller."

Downey's goals are upcoming movies like The Voyage of Doctor Dolittle and Sherlock Holmes 3, and for Tony, it's Pepper Potts and starting the family he hinted at in Infinity War. "Pepper remains the heart of the [Iron Man] story," Downey told EW. "I think we wanted to get back to that reality. Not just for them, but let’s really see how that can add to the something-worth-fighting-for of it all."

According to the actor, for Tony Star to remain in the MCU, there needs to be a definitive purpose that's entertaining for audiences. "I could have said when the first Avengers came out: 'It's never going to get any better than that. Everybody stop.' But to me it's always about people and opportunities, like the [Infinity War directors] Russos, who I adore," he said in an interview with News Corp Australia Network in 2017. "I just never want to blow it for the last six or seven [MCU movies] I have done by dropping the ball because I decided to go do it one more time... I just want to hang up my jersey before it's embarrassing."

Though Downey seemed to hint that his time playing Iron Man would be coming to a close soon, there are other actors in the franchise who would like to see it continue. According to Screen Rant, Don Cheadle who plays Tony Stark's best friend Rhodey (aka War Machine), wouldn't mind getting a chance to create more Iron Man movies. "The door is always left open in these kinds of movies, especially when they do as well as they have done," he said after Iron Man 3's release in 2013. "There’s room for more to be done with these characters. We’re getting to a sweet spot with Tony and Rhodey, anyway.”

Unfortunately, it does seem like Downey's contract expires with Endgame, so if more movies, including an Iron Man 4, are in his future, more negotiations will have to be made behind the scenes. That said, just because the actor might leave the franchise doesn't mean the character will. It wouldn't be unheard of for someone else to take up the Iron Man mantle.

Luckily, fans don't have to worry about him getting recast just yet, according to Endgame co-director Joe Russo. "There is nobody who can take over Iron Man from Robert," Russo told Cinemablend in 2018. "I don't think the audience would accept that. He never mentioned to us about leaving Iron Man, but it will happen at some point of time." That said, recasting the role of Tony Stark isn't the only way to keep Iron Man alive. There are other characters from the comics that could step into those iron shoes, like Riri Williams, aka Ironheart. She is Tony Starks mentee in the comics, and reverse engineered his suit to create one for herself, making her a pretty great replacement for future films.

The future of the MCU post-Endgame is full of unknowns. Even though movies like Spider-Man: Far From Home and Black Panther 2 have been announced, there's really no telling what Phase 4 of the MCU is going to look like. But whatever happens, Robert Downey Jr. will always be our Iron Man.