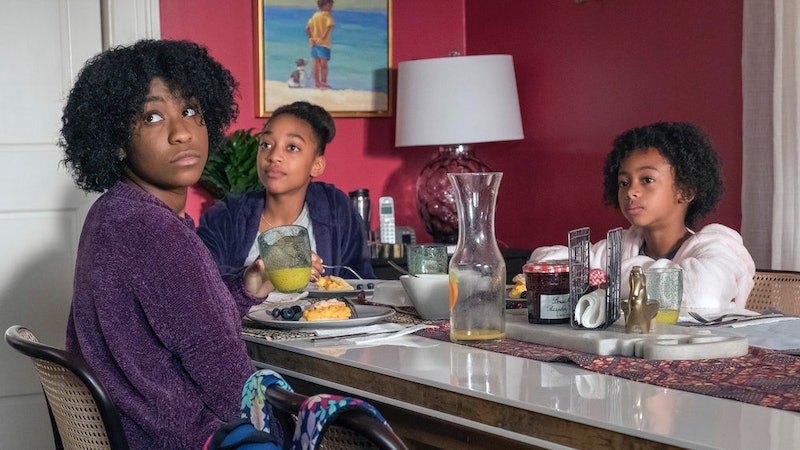 The Pearson family has overcome many obstacles throughout the years, but it seems as though their biggest challenges are still to come. Beth and Randall's marriage is on very thin ice right now and Tuesday's promo seems to indicate that Kate and Toby's son isn't out of the woods just yet. Hopefully, the Season 3 finale will provide some closure for some these plot points, though, given this show's love of cliffhangers it seems unlikely. So will This Is Us return for Season 4 or is there a chance these storylines won't ever get the opportunity to finish unfolding?

At this point in time, NBC has yet to officially renew This Is Us for a fourth season. However, before you start panicking, it's important to note that it's still a little early for renewals and seasonal pickups to be announced, so there's plenty of time for it to happen. Additionally, it's worth mentioning that the show's producers intend for the series to last through Season 6 and have the whole plan pretty much mapped out. During an interview with Deadline back in February, producer and showrunner Isaac Aptaker revealed that he and his creative team are roughly planning "about three seasons in the future” before ending the series for good.

He added, "We’ve had this end in mind for a long time, so we’re able to plan for it, and try to make it feel like it’s a whole, as opposed to a series that’s going to go endlessly.”

Obviously, the idea of the This Is Us coming to a close is almost as sad as finally learning how Jack died. (Almost.) But with that information in mind, it feels pretty inevitable that the show will continue on for another season at least. In fact, series creator Dan Fogelman also has a good idea of where he wants the next season to go. “We’ve got multiple seasons mapped out,” Fogelman said during the same Deadline interview. “I think this season has been a lot about redemption, but also a lot of rebirth. Next season is a season of new beginnings and restarts.”

Basically, the biggest takeaway from all this should be that if both Aptaker and Fogelman aren't worried about the show's future, then we shouldn't be either. It's doubtful they'd already been planning out the next season if they didn't whole-heartedly think the show would be returning. Sure, it'd be nice if NBC would just go ahead and greenlight Season 4 to help ease our worry, but much like the show itself, the network is preferring to keep us on the edge of our seats.

And hey, who knows, maybe when the renewal comes it'll be a double-season pickup like what happened back in January 2017 when NBC renewed This Is Us for Season 2 and Season 3 at the same time. Either way, the fate of this series seems pretty secure for the time being, so sit back, relax, and just enjoy the final episode of Season 3 — though you may want to have some tissues on hand.