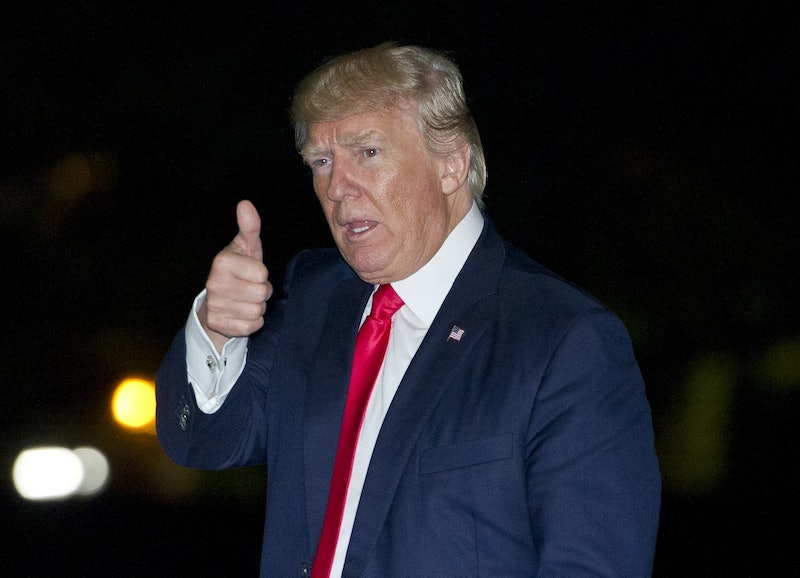 One of the biggest legacies of the Obama Administration is likely to be the Paris climate agreement, which attempts to slow and reverse the tide of global warming through internationally agreed upon targets of greenhouse gas reduction. That is of course if the agreement survives the Trump Administration. There has been talk for weeks that there are those inside the administration, like Ivanka, and those outside it, surprisingly Shell and Exxon, that want to keep it. Others, like Steve Bannon and EPA chief Scott Pruitt, want it gone. So will Trump pull out of the Paris climate agreement? Reports say Trump's leaning toward doing just that.

According to reports in The New York Times and The Huffington Post on Tuesday, the argument evidently came to a head at a meeting on Thursday. All sides came to the table to make their case, and the surprise finding was from the White House Counsel’s Office. They argued that staying in had a potential a problem. The document states that a country "may at any time adjust its existing nationally determined contribution with a view to enhancing its level of ambition.” And according to the White House Counsel's Office, this means the targets can only increase, not decrease.

That's the same view as Bannon and Pruitt, who are hoping to pull out of the agreement. As things are, the United States is committed to reducing greenhouse gases by 26 to 28 percent, as the Obama Administration committed to. If the Trump Administration wanted to lower the target, Bannon and Pruitt argue, they would be failing the terms of the climate agreement, causing international legal problems.

The opposing view, the one held by Ivanka, Rex Tillerson, and reportedly Energy Secretary Rick Perry, is that the emissions targets can be renegotiated to be more forgiving for a continued burning of greenhouse gases. Unfortunately for those in favor of halting climate change, the Trump White House is now leaning toward exiting the agreement. And supposedly any move would be taken as early as next week.

The rush to a decision, however, may not be the wisest path forward. One lawyer, Scott Segal of Bracewell LLP, told E&E News that the best thing to do would be to negotiate first. "The bottom line is this: If the administration sets out to renegotiate Paris and either cannot do so or fails to achieve the objective they have in mind, they can always opt out at that point," he told the environment news site. "Nothing is risked by trying to get a better deal at the outset."

The big fear is what other countries will do without the United States' involvement. The EU has already said they will carry forward their reductions and that the Trump Administration has wide latitude in carrying out the agreement. Let's hope Trump uses it.