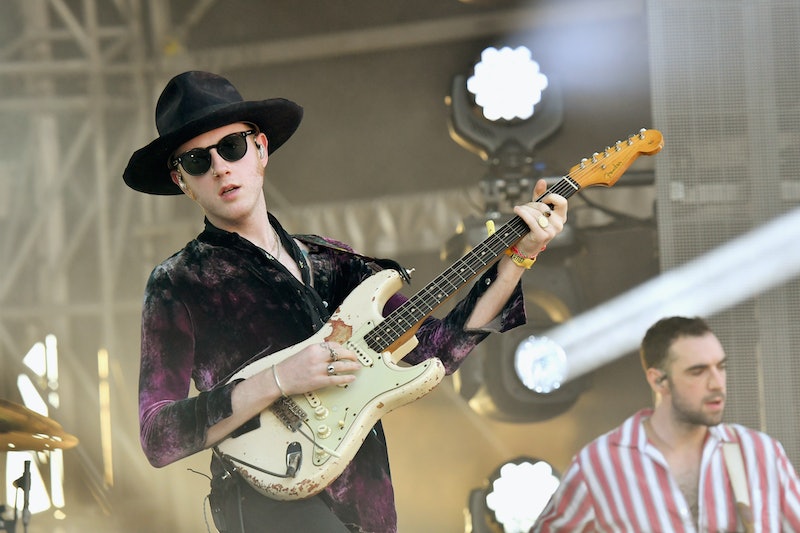 Two Door Cinema Club have provided us with some of the very sunniest of bops over the years. Whether they've soundtracked summer barbecues, house parties, or holiday road trips, they always seem to be in the background of music lovers' lives. But Two Door Cinema Club deserve to be more than background noise; they deserve our full attention. That's why they're so much better live, as you get to see just where all that energy and verve comes from. So, with that in mind, it's worth checking in on whether Two Door Cinema Club will tour the UK in 2019, because they're still one of the UK's most invigorating live acts.

As they seem to almost every summer, the Northern Irish based lads who make up Two Door Cinema Club will be dominating the festival circuit once again, as they're set to make big appearances at Glasto and several other reliably great festivals in the UK. I mean, these guys seem to be an absolute favourite with festival bookers. But that doesn't surprise me; the bookers know that, with this band, something good can work.

With pit-stops at smaller festivals like Sheffield's Tramlines festival, as well as Truck Festival, and Matlock's Y Not Festival, you still have the chance to see the band in a festival setting, even if you didn't manage to secure Glasto tickets.

With their fourth album on the way — which is titled False Alarm, and is due on June 21, according to NME — you'd be right to expect that a tour in support of it is on the way. The tour was announced on April 29, following the release of the first single from False Alarm, which was appropriately titled "Satellite," as the boys quite literally transmitted the album cover into space upon release.

And they've announced some seriously stratospheric shows, as the band will be playing a series of arena shows throughout October 2019, which'll take place across some of the biggest and best venues across the UK. With shows at Cardiff Motorpoint Arena, Glasgow O2 Academy, Manchester O2 Victoria Warehouse, Hull Bonus Arena, London The O2, Plymouth Pavilions, you won't want to miss out, especially if you live locally.

Fortunately, tickets for these shows are still available on the See Tickets site, with most of them selling for around £35 on average. You'll also have the option of buying their forthcoming album at the slightly cheaper price of £6.99 on transaction, which I fully recommend. While there are hardly any bands that get you in the mood for summer quite like Two Door Cinema Club, there's also nothing that'll get your toes tapping in that arena like brushing up on all their new, poppier songs, and memorising the lyrics you'll be singing along to come October.

Trust me, this band know just what you know, and that is why you just can't resist these boys. So, go and see one of their shows so you can fully show them all the love, and give them the attention that they deserve.