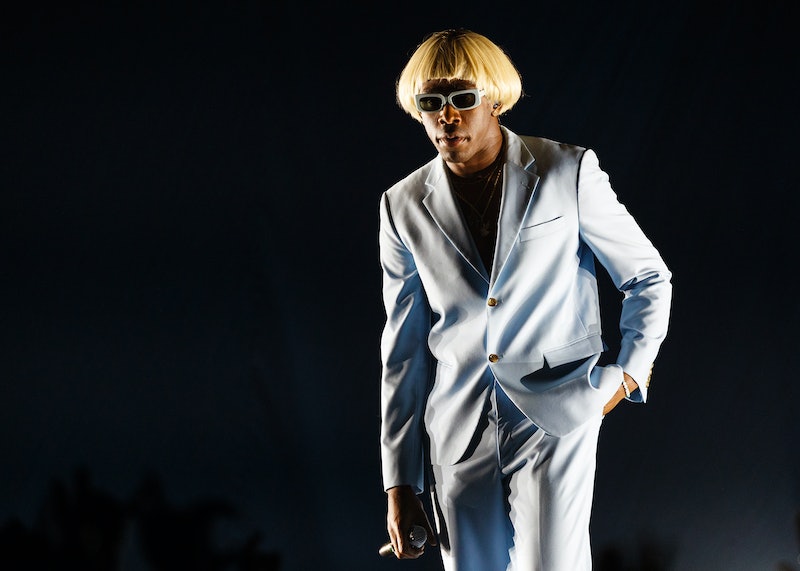 The 2020 Grammys were full of iconic moments, but none so more than Tyler, the Creator’s presence. Not only did he own the red carpet with his homage to Wes Anderson, but he owned the stage with a combined performance of ‘Earfquake’ and ‘New Magic Wand’. The hype surrounding the musician is palpable, to say the least, so will Tyler, The Creator tour the UK in 2020?

Yes, but it’s not your typical tour. Instead of individual dates across the country, you’ll be able to see Tyler at Lovebox (June 12-14), Parklife (June 13-14), and Longitude Festival (July 4) this summer. These dates are in support of his fifth studio album IGOR, which earned Tyler a Grammy for Best Rap Album at this year’s ceremony. The musician did tour the record last autumn, but there’s always the chance for a second leg of that tour after this hectic run of festival dates.

And boy, does he have a busy schedule when he first arrives on UK soil. He’ll start at London’s Lovebox on June 12, then make his way to Manchester for Parklife for June 13. He’ll then be performing another slot at Lovebox later that day, staying in London overnight to June 14, and making his way back up to Manchester for another slot at Parklife. Phew. Other artists such as Khalid, Charlix XCX, and Jorja Smith will also be performing at both festivals.

If you can’t make those dates, Tyler is also performing at these European festivals before and after the UK dates:

Tickets are available through each festival’s website, and if I were you I’d grab them quick. Tyler’s slots will be the most sought after this festival season, for sure.