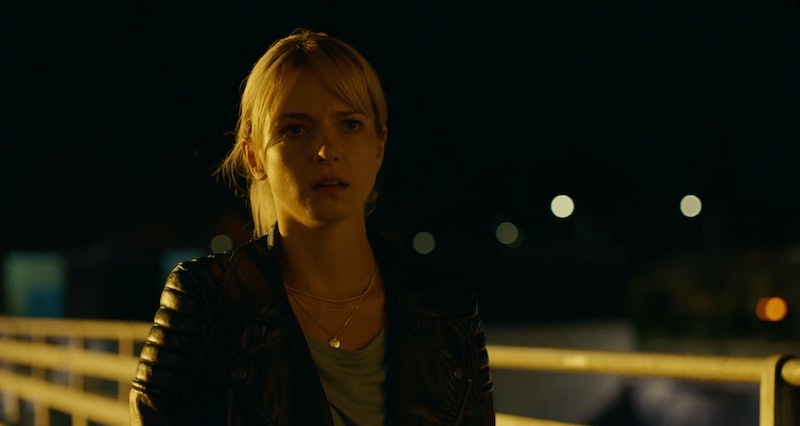 Ultraviolet is one of the newest additions to Netflix's arsenal of crime dramas, and it sounds like an interesting new twist that could take off among fans of the genre. In the show, online sleuths solve crimes with the help of their internet friends, and things get intense pretty quickly. So will Ultraviolet return for Season 2?

There's no official word yet — but there could be good news on the way. FilmNewEurope.com reports that the show originally aired on Poland's AXN channel in late 2017, and that the network plans to pick it up for a second season. That doesn't necessarily mean that Netflix will choose to stream additional episodes once they become available — the service will likely want to analyze its own viewership data of the first season before deciding on if it's worth another pickup — but a potential renewal on Ultraviolet's original channel definitely bodes well for any American viewers who the show leaves wanting more.

It's definitely been an interesting road for the show from idea to realization. Creator Wendy West wrote a guest column for Variety in January, and said that the idea is based on Deborah Halber’s nonfiction book, "The Skeleton Crew," which is all about real-life amateur sleuths.

She also divulged that the show was originally supposed to air on Fox, for an American audience. But after a series of shuffles and changes in leadership, it ultimately landed on Poland's AXN, complete with Polish actors and a team of both Polish and American creators behind the scenes. West goes onto say that Ultraviolet was met in Poland "with impressive reviews and great ratings," and she also seems proud of the subject matter of the crimes it features.

She wanted interesting crime drama, but not callously handled cliches. "We had a number of female journalists observe what I am especially proud of: None of our plots feature sex crimes against women," West wrote in the same piece. "We have an episode about a smart house that may have killed its owner, a Syrian refugee and a wickedly twisted cold case."

West herself is no stranger to grisly crime content and American TV audiences. She's previously worked as a producer on hit shows like The Blacklist, Dexter, The Closer, and Law & Order: Special Victims Unit.

As it stands now, Ultraviolet has a 6.4 IMDB star rating out of 10 stars, which could obviously be more impressive, but is nothing to turn your nose up at. Rotten Tomatoes and other American rating systems have yet to deliver a definitive ranking for the show ahead of its premiere, but even without a ton of solid reviews just yet, West has faith in the show. And really, a creator's faith in their work can take it a long way.

"So what’s next?" she wrote in the guest column. "We take advantage of our win in Poland and work to sell this amazing franchise to the US of A as well as other regions of the world and make Ultraviolet a global phenomenon." It's too soon to tell if West will hit her mark, but after this long road to reach its viewers, there's no telling what could happen.