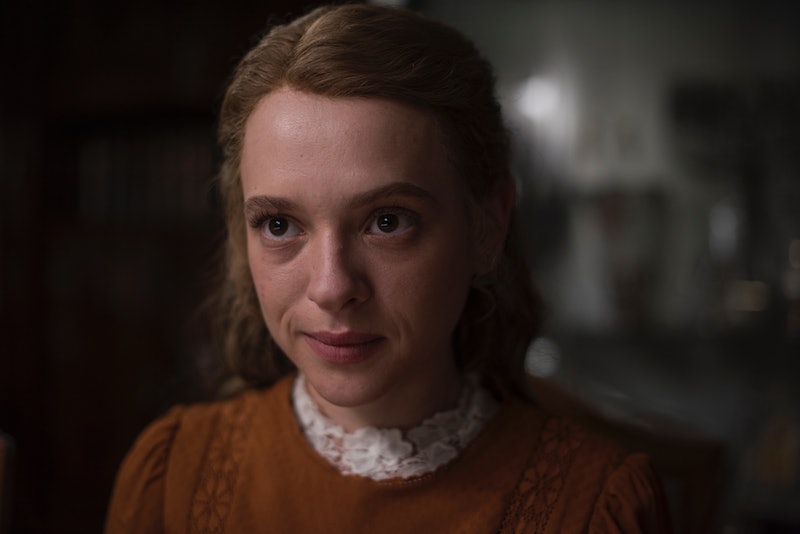 Spoilers ahead for Unorthodox Season 1. Though Netflix's Unorthodox is billed as a limited series, it's not impossible that it could return for Season 2, considering that Season 1 closes on such an open-ended note. Throughout the show's four episodes, we watch as Esty (Shira Haas) escapes her strict Hasidic community in Williamsburg and flees to Berlin, while flashbacks reveal more about her brief marriage to Yanky (Amit Rahav), their incompatible intimate life, and what led her to make the difficult decision to leave him. The series ends with Esty rejecting Yanky's emotional plea to return with him to Brooklyn, but we're left not knowing whether she got accepted into the conservatory, if she will keep her baby, or even if she will remain in Berlin.

That gives a potential Season 2 a number of directions to go in. Before leaving Germany, Yanky's cousin Moishe (Jeff Wilbusch) threateningly vows that they will return after Esty's child is born, so Season 2 could easily involve her fighting for custody of her child. Or it could jump forward, as author Deborah Feldman did in her 2014 book Exodus, the follow-up to her 2012 memoir upon which Unorthodox is based.

Picking up after the events of Unorthodox, Exodus follows Feldman as she travels across the U.S. from San Francisco to Chicago, New Orleans, and the Southwest. "In her travels, and at home, Feldman redefines her own sense of identity — while no longer Orthodox, she comes to terms with her own Jewishness only by discovering a world of like-minded outcasts committed to self-acceptance and healing," Feldman's website explains. She also uses the book to describe raising her son and "an unforgettable trip across Europe to retrace her grandmother's experience during the Holocaust."

Either option would make for a compelling second season. But then again, series producers Anna Winger and Alexa Karolinski may be content to leave things as they are. Esty is finally free to do as she pleases; maybe we don't need to know what she does with that freedom.

More like this
Netflix Shut Down 'Bridgerton' S3 Rumours About A “Very Dark” Storyline
By Bustle
The 'Freeridge' Cast Shared Their Hopes For A Potential Season 2
By Grace Wehniainen
Everything To Know About A Potential 'Lockwood & Co.' Season 2
By Gretchen Smail
'That '90s Show' Is Officially Coming Back For Season 2
By Gretchen Smail and Grace Wehniainen
Get Even More From Bustle — Sign Up For The Newsletter
From hair trends to relationship advice, our daily newsletter has everything you need to sound like a person who’s on TikTok, even if you aren’t.