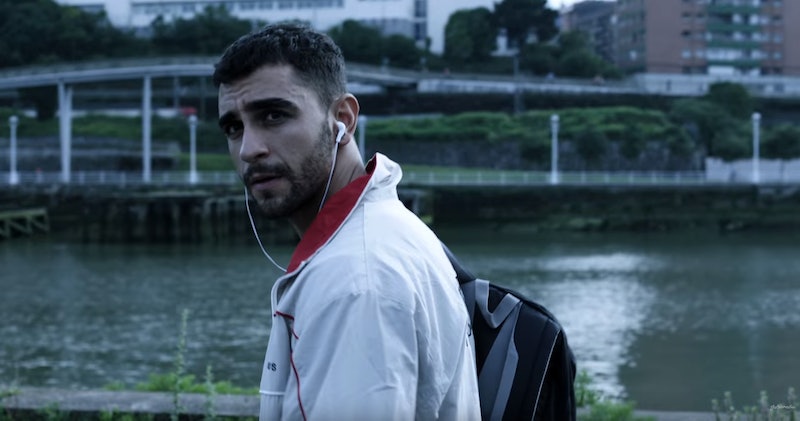 Almost a year after its Spanish release, Netflix is bringing Victim Number 8 (or La Víctima Número 8) to an international audience. You'd think within that time span there'd already be news about Victim Number 8 Season 2, but unfortunately, most Spanish news sites have gone dark about whether or not the action-drama series will come back. It sounds like a compelling watch, though, so hopefully the Netflix boost will be enough to land it a renewal.

According to its description, Victim Number 8 wastes no time in plunging viewers into its intense, fast-paced story, beginning when a terrorist attack breaks out in Bilbao, Spain and kills seven people. Security camera footage depicts a "lone wolf" fleeing the scene who is wrongly identified as Omar Jamaal because he fits the profile. And just like that, he becomes the eighth victim.

After Omar is publicly accused of committing the attack, the show's remaining story explores two competing perspectives: that of Omar, whose life is destroyed by a crime he didn't commit, and that of the victims' families, who just want justice for their lost loved ones. Ultimately, they all want the same thing: the truth.

"When the police think that someone's a terrorist, they shoot first and investigate later," Omar's mother says in the show's trailer. Omar's name begins to appear in headlines everywhere and he's forced to prove his innocence while also trying to stay alive. One of the victim's families offers a reward for his capture.

According to a translated report from Vertele!, a Spanish news site, Victim Number 8 isn't just another action series in which gunshots fly and there's a clear winner, be it the good guy or the bad guy. It's more complicated and nuanced than that, examining jihadist terrorism for one of the first times on Spanish television while telling an intrinsically human story.

It shows the conflicting emotions experience by Omar's family, who believe he's innocent but fear for their safety as collateral victims of his accusation. His mother stands by him, his girlfriend loves him but is being pulled in both directions, and his father feels guilt about their Muslim religion, a large contributing factor in Omar's arrest. On the flip side, it portrays the families of those who died in the attack as collateral victims. They're angry, they're scared, and they just want answers.

The series was created by Marc Cistaré and filmed in Bilbao as well as Madrid. It didn't have a very big budget, but critics have said its riveting and socially relevant plot makes up for what it lacks in graphics and special effects. According to El Diario Vasco, the premise for the show was inspired by the terrorist attack that took place in Barcelona in 2017 in which a van plowed into a crowd of pedestrians and killed 13 people. Having been released in Spain a year after the attack occurred, it served as a reminder of terrorism's lingering effects that leave communities forever changed. That alone should warrant a Season 2.

More like this
Everything We Know About When To Expect Money Heist: Korea Part 2
By Kadin Burnett
Peaky Blinders Won’t Return For Season 7 — But A Movie Is In The Works
By Brad Witter
The Umbrella Academy Cast Breaks Down That Wild Season 3 Finale
By Gretchen Smail
Viktor Hargreeves’ Coming Out Scenes Are The Sweetest Part Of Umbrella Academy Season 3
By Gretchen Smail
Get Even More From Bustle — Sign Up For The Newsletter