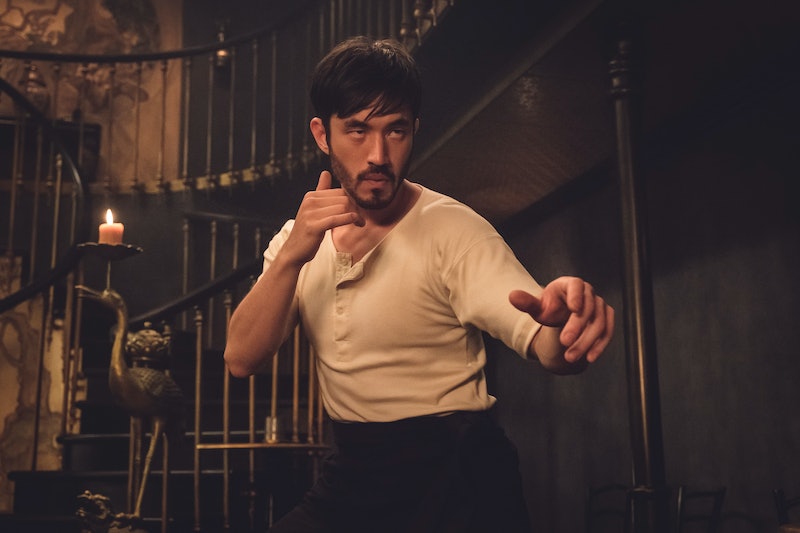 Based on a concept by Bruce Lee, Cinemax's Warrior has wowed audiences with its depiction of 1870's San Francisco, alongside its blend of multiple genres. First airing on Sky One in the UK earlier this June, Warrior is the perfect series for those in the mood for a crime thriller with plenty of martial arts action and Lee's legendary influence. But will Warrior return for a second series?

A couple of weeks after the series premiered in the States on April 5, Cinemax renewed Warrior for a second series. As Deadline notes, the series was only three episodes in before HBO's sister channel announced it would return. According to the entertainment site, the "renewal had been in the works for months, and pre-production [reportedly] started in South Africa in late 2018-early 2019." While a release date is not yet known for Warrior's return, pop culture site Den of Geek reckon it'll be on screens next year going by the early pre-production timeline.

First pitched by Lee in the '70s, Warrior is essentially the tale of "a Chinese immigrant travelling through America in the late-19th Century," as Rolling Stone writes. Show creators Justin Lin and Jonathan Tropper built upon this idea, setting Warrior during the height of the Tong Wars in San Francisco's Chinatown.

Ah Sahm (played by Andrew Koji), the main character of this story, is "a martial arts prodigy who emigrates from China to San Francisco under mysterious circumstances," Deadline writes. "After proving his worth as a fighter, Ah Sahm becomes a hatchet man for the Hope Wei, one of Chinatown's most powerful organized crime families, or tongs."

The series is also co-produced by Lee's daughter Shannon, who has been very open on how important it is for her to keep her father's legacy alive in the 21st century.

"It's an amazing opportunity. We're doing the thing that my father was always trying to do in his life, which is make highly entertaining action-packed drama, but also with important cultural and philosophical information," Shannon said during an interview with Collider in May.

"This really is an extension of his legacy, in that regard. And it was very important to my father that this show be set in this time period because he wanted to tell these stories. He wanted to highlight this aspect of history and a Chinese American experience. I'm thrilled, beyond belief, to be able to have the best of both worlds in some ways."

The wait for Warrior's second season may be a while yet, but it's the perfect time to catch up with the first series if you haven't already. If you have a NowTV or Sky subscription, you can watch the series on demand.