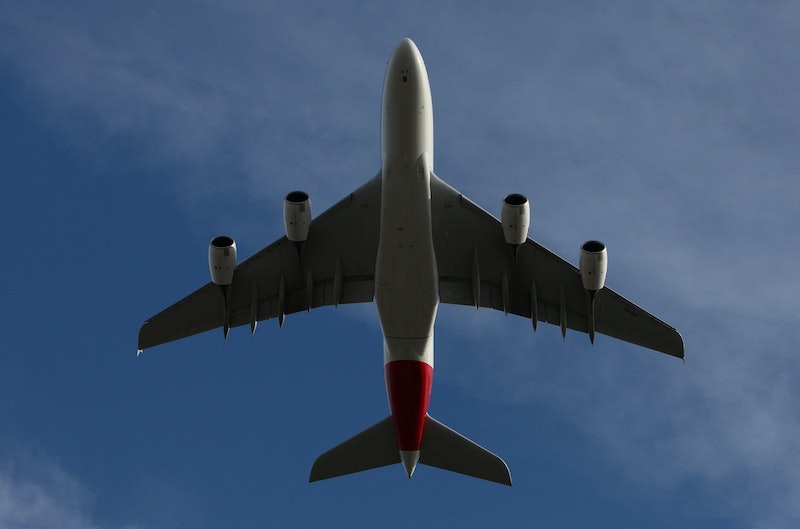 If you're got travel plans in the near future and you haven't been accounting for the weather, you might want to start paying attention. There's a winter storm headed for the American Northeast, and it could be providing headaches to air travelers in the not-too-distant future. If you're wondering whether winter storm Niko will affect your flight, the answer is almost certainly yes, provided you're flying into or out of one of the cities impacted by the storm.

According to The Weather Channel, New York, Philadelphia, and Boston are expected to be inundated by the storm, and could thus be subject to "significant flight delays." In other words, if you're traveling to or from any of those places over the next couple of days, you're going to want to double-check your arrival and departure times and try to make accommodations in case things don't go off without a hitch.

For what it's worth, the storm is expected to fade by the end of Thursday, Feb. 9, which means you won't have to worry about it mucking up your travel plans for very long. That said, from Wednesday night through the following evening, you ought to be attentive.

Niko is expected to bring a great amount of snowfall to the Northeast on Wednesday night, but should ultimately be drawn out into the Atlantic ocean toward the end of Thursday. Specifically, according to ABC News, it should move past Maine and Massachusetts late on Thursday before rolling out over the ocean at around 10 p.m. ET. Niko comes on the heels of a freezing winter storm in early January which struck the continental United States.

If you're looking for a general resource to help assess whether your flight will be affected by Niko, you can check out the Federal Aviation Administration's website, which provides airport-by-airport updates throughout the Northeast. Beyond that, you can always visit the website of the airline you're flying for updates, or contact the airline via phone.

The thing that's most important, however, is to not head all the way out to the airport without checked the status first ― can you think of anything more irritating than braving hostile conditions, only to find out your flight is cancelled, and you have nowhere to go? You don't want to be that hapless person, not by a long shot, so never hesitate to check ahead.