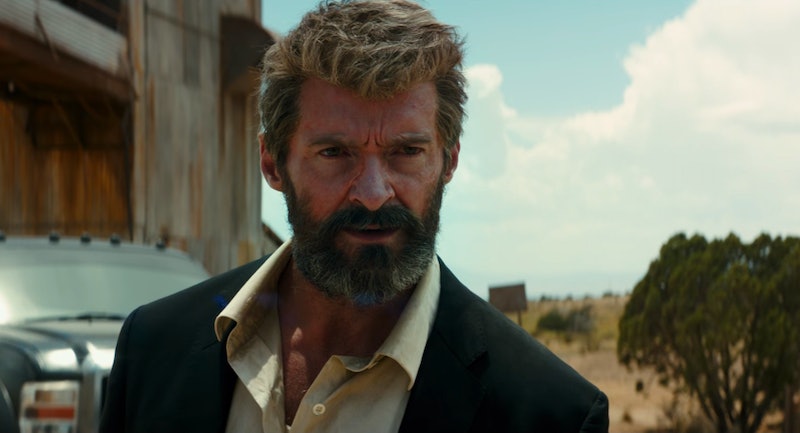 Hugh Jackman has said it before, and he'll say it again: he's done playing Wolverine. Before Logan, the third and final Wolverine film in the X-Men franchise, even hit theaters, Jackman made clear that it was his last turn as the character. After 20-odd years playing the violent, but lovable mutant, and carrying the franchise (let's be real, here, people don't go to the theater to watch Iceman), I'd say he's earned a break. But just because Jackman is leaving the franchise doesn't mean Wolverine is, which begs the question, will Wolverine be recast in future X-Men films?

Jackman certainly thinks that another actor will pick up the claws sooner rather than later. Even before Logan's release, he told MTV he'd choose Tom Hardy as a replacement for the role. After seeing his fellow X-Men actors James Marsden (Cyclops), Halle Berry (Storm), and Femke Janssen (Jean Grey) all be replaced by younger actors in the reboot series, Jackman knows it's only a matter of time before a new, younger Wolverine takes his place. There's only one problem with any plan to recast the role: in the franchise, there has never really been a young Wolverine. He's essentially been slowly aging for decades, meaning he's looked the same for about half a century. While Storm was in diapers, Wolverine was, well, already Wolverine. Jackman has played the role of Wolverine throughout many different time periods, even overlapping with the reboot timeline with small cameos in X-Men: First Class and X-Men: Apocalypse, not to mention his lead role in X-Men: Days of Future Past.

Recasting Wolverine in the franchise as it currently exists would not only throw off the entire shared universe X-Men has been building since First Class, it would also be a huge punch in the gut to fans. Let's face it: everyone loves Wolverine. There's a reason Jackman emerged from X-Men, his first major American film role, as a super star. It's also worth noting that, other than Deadpool, Wolverine is the only X-Men character to lead his own films. Recasting Wolverine would mean officially saying goodbye to one of the franchise's most beloved characters and stars.

Look, fans know that Wolverine will be recast eventually, but to do it now, within the X-Men film universe that currently exists, would be a bad idea, and the studio knows it. Simon Kinberg, a producer and writer of the X-Men franchise, recently admitted that there have been no discussions about casting a new Wolverine. "We haven't even thought about the next iteration of Wolverine," Kinberg said in an interview with Deadline. "I can't visualize in my head another Wolverine, but if that day ever comes, we would talk to Hugh about it." Kinberg's statement means two things: 1) we won't be seeing a new Wolverine any time soon, and 2) Jackman could get a say in picking his own replacement. I'll let that sink in.

Bottom line: if the X-Men producers want to keep building the current X-Men franchise shared universe, à la Marvel Cinematic Universe, they simply cannot recast Wolverine. It would be like trying to recast Tony Stark in the next Avengers movie. The only way to recast a role as iconic as Wolverine would be after this iteration of the X-Men franchise is over. So, until there's another X-Men reboot, I doubt we'll see a new Wolverine. And, even when the time eventually comes, it's clear that there will never be a Wolverine quite like Hugh Jackman.