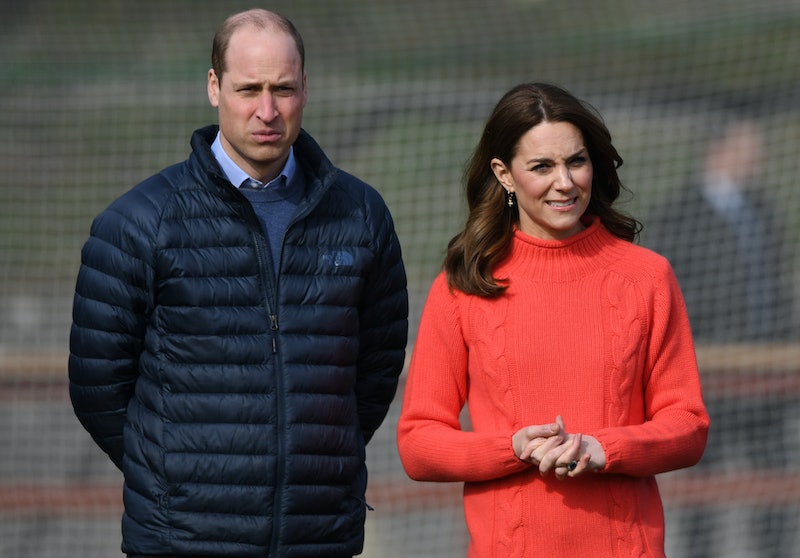 The ongoing social distancing measures have resulted in creative ways of communicating with people, especially for teachers across the UK. To thank and honour the immense effort educators are providing to continue teaching their students, Prince William and Kate Middleton video called a school in Burnely, Lancashire.

Thanking staff for their "hard work and dedication", as Kensington Palace tweeted, the royal couple interacted with pupils as the showed them drawings of their parents. One of the kids, Harris, drew his mum who works as an admin and told Will and Kate how proud he is of her. "I agree, you should be very proud of her," Kate said. "They're doing an amazing job, all the NHS workers."

They also spoke with the teachers working at the school, thanking them for all their hard work and support that they're providing. "Please pass on many messages of support for all the staff and volunteers, you're doing a great job," William said. "Really really well done to you, I know it's not easy circumstances but it's fantastic," Kate added.

Schools across the UK still remain closed due to COVID-19, but "a small proportion of children are still able to attend," if their parents are key workers or if the kids themselves are vulnerable. As BBC News reports, a key worker is someone whose "job is considered critical to keeping the country running and/or fighting the spread of the virus," like those working in health and social care, emergency services, and those who are "involved in the production, distribution, sale, and delivery of food."

Casterton Primary Academy is part of the Pendle Education Trust, which has worked with mental health charity Place2Be for a decade. As explained on their website, Place2Be has helped in "supporting the emotional wellbeing of children, parents, and staff," and are "continuing to support school communities across the UK at this challenging time."

Kate has been a royal patron for the charity since 2013, and Place2Be is also part of the Heads Together campaign launched by Kate, William, and Harry in 2016.