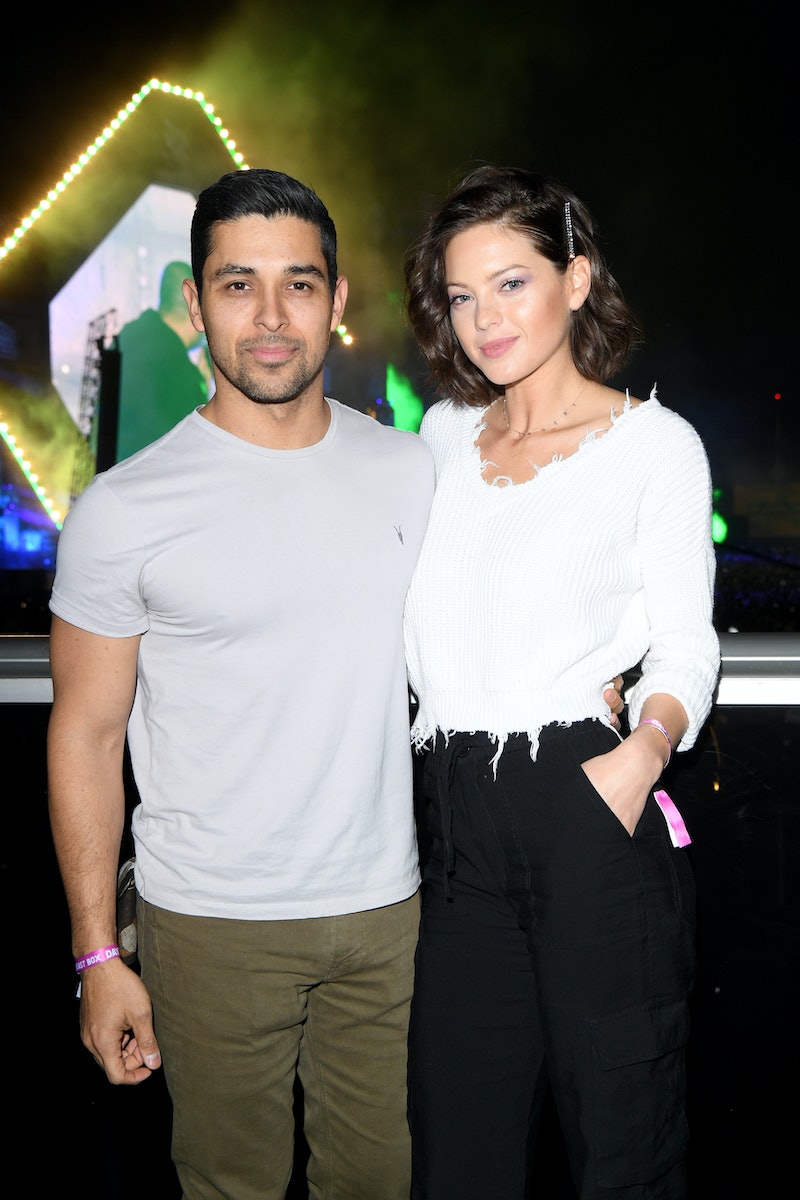 This celebrity couple is starting the new year right. Wilmer Valderrama is engaged to Amanda Pacheco, the NCIS star revealed on Instagram on Jan. 2. Both Valderrama and Pacheco shared photos from their engagement that took place on Jan. 1 and it looked quite romantic.

According to Instagram, the former That '70s Show actor got down on one knee to propose to Pacheco in a picturesque setting with the ocean behind them (Pacheco is an accomplished diver, so the setting seems to be very fitting for the future bride). For her part, Pacheco also posted a picture of her pear-shaped engagement ring with the caption, "'It's just us now' 01-01-2020."

The couple have reportedly been dating since early 2019. Pacheco is a model and was first spotted with Valderrama in April 2019 while shopping in Los Angeles. That same month, a source told E! News about the couple, "He definitely wants to make sure she feels taken care of. Even if they are just doing simple things, they have a lot of fun and are always smiling." Us Weekly reported a month later that the two were initially just "casually dating," but their relationship evolved into something much more serious. So much so, they attended Joe Jonas and Sophie Turner's wedding in France in June 2019.

The couple is very public about their relationship on social media, often sharing photos of each other and expressing their love. The same goes for interviews, where Valderrama has opened up about his relationship with Pacheco and how happy she makes him. "I am the most grounded that I've ever been," he said in a November 2019 chat with Entertainment Tonight. "I'm the most excited and the most energetic about what's ahead of me. I'm ready for the next chapter."

Prior to Pacheco, Valderrama was in a relationship with Demi Lovato. They dated for six years before ending their relationship in June 2016. Ever since breaking up, the two have been nothing but supportive of one another. In April 2019, they even reunited on Instagram Live showing everyone that they really are still friends. Following his split from Lovato, Valderrama was linked to Minka Kelly, but the Friday Nights Lights actor made it clear to Power 106's J Cruz and Krystal Bee in September 6 that they have only ever been good friends.

Wedding details have yet to be revealed, but seeing as they just got engaged that's to be expected. One thing remains certain and that is Valderrama and Pacheco will never forget the start of 2020.