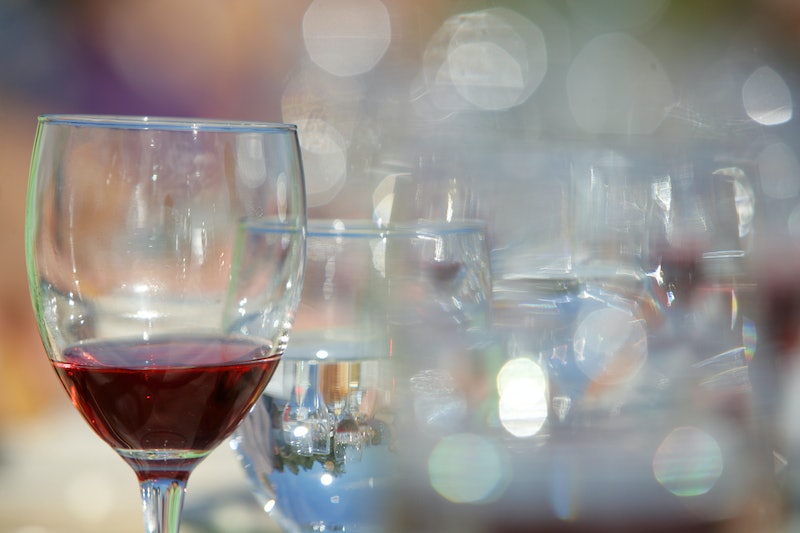 We all know the drill: After a night out with friends and a couple bottles of wine, you wake up in the morning with the ability to solve three of the seven unsolvable Millennium Prize Problems. What's that? This has never happened to you? Well, according to research, wine might help you think more clearly when consumed in moderation, so next time you indulge in a glass or two, leave out a whiteboard and calculus textbook for your newly-genius self to play with. When you win the Nobel Prize for Mathematics in a few years, don't thank me. Thank the wine.

Alcohol may be known for leaving you fuzzy-headed and relaxed, but a study from the University of Rochester Medical Center suggests that in low doses, it might leave you more clear-headed in the long run by removing waste in your brain. Throughout the day, proteins like beta amyloid, a small piece of a larger protein in the central nervous system, accumulate in your nervous system. If these waste products build up into large enough quantities, they can contribute to neural diseases; beta amyloid, for example, is thought to cause Alzheimer's. Fortunately, the brain has a method of cleaning up the leftovers. While we sleep, the glymphatic system uses cerebrospinal fluid (CSF) to flush away potentially toxic products.

Researchers already know that exercise makes the glymphatic system work better, but now, there's evidence that a much more entertaining activity can help, too. Raise your glass, because I'm talking about drinking.

In a study published in Scientific Reports, researchers fed mice different amounts of alcohol, then looked at their brains and motor skills. Some mice drank high levels of alcohol (read: got blitzed) every day, while others had the equivalent of about two and a half drinks a day. A third group of mice stayed sober as a control.

The drunk mice, unsurprisingly, didn't do well. Their brains showed high amounts of inflammation, and their motor skills were pretty much kaput. The mice that drank in moderation, though, were actually the healthiest, even compared to the sober group. These mice had less inflammation in their brains, and their glymphatic systems were more efficient than any of the other groups. Meanwhile, their cognitive and motor skills were on par with the sober mice. So not only did a little bit of alcohol leave their motor skills intact, it also appeared to improve their brain health.

Before you take that as an excuse to knock back two glasses of wine a night, remember that we're talking about mice, not humans. The study's lead author, Dr. Maiken Nedergaard, told Newsweek that the little critters metabolize alcohol much faster than humans, so "if anything, it should be a lower amount" of alcohol for us to reap the neural benefits. Womp, womp.

On the other hand, there's plenty of research suggesting that in small amounts, alcohol can reduce your risk for heart disease, diabetes, stroke, and dementia. Wine in particular seems to offer health benefits, which might be due to certain compounds found in red wine tannins. The catch is that this is all associated with moderate consumption, defined by Dietary Guidelines for Americans as one drink a day for women and two for men. Heavy drinking — eight or more drinks a week for women and 16 for men — is linked to health problems like stroke, high blood pressure, hepatitis, and even cancer.

Basically, if you don't drink normally, the possible health benefits aren't a good reason to start. If you like to enjoy a glass of wine or two, though, it does more than help you unwind after a long day. In the long run, it might protect your brain. Cheers!