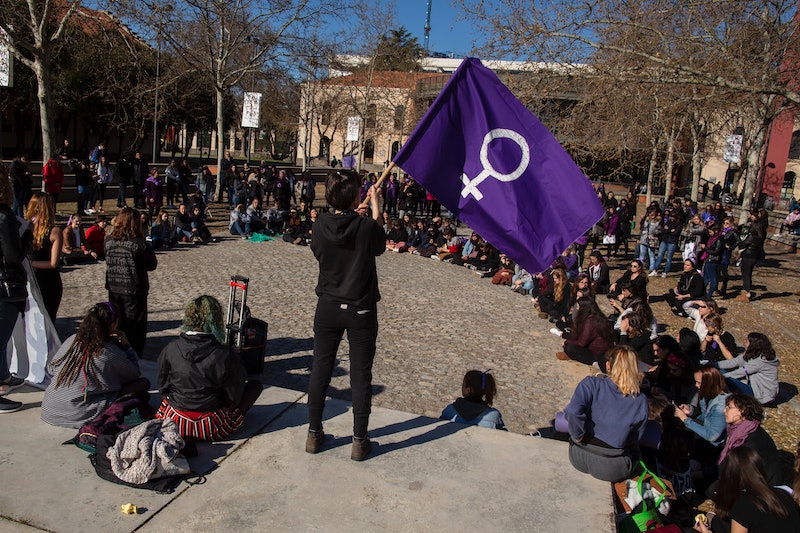 Following the approval of the state's Assembly Health Committee, Wisconsin lawmakers will vote on anti-abortion bills next week, the Associated Press reported. According to the Milwaukee Journal Sentinel, the most well-known bill in the anti-abortion package would impose prison sentences on abortion providers who don't care for babies born following attempted abortion procedures, though doctors have said that such situations are rare.

Critics of this so-called "born alive" abortion bill have argued that this legislation is unnecessary, on the basis that there is no evidence of such a birth taking place in Wisconsin. According to data from the Centers for Disease Control and Prevention, only 143 live births were recorded following attempted abortions, and it's not clear if any of them were in Wisconsin, per ABC News. Additionally, people who seek abortions later in pregnancy typically do so only if their mental or physical health is at risk or if the fetus is not expected to survive outside the womb — and these abortions are rare, Vox reported.

Wisconsin's Democratic governor, Tony Evers, has promised to veto this and other anti-abortion legislation, per the Journal Sentinel. Despite Evers' pledge, however, the Assembly Health Committee approved the package of bills for a floor vote, and Republican lawmakers have been pushing for the bills to pass.

The so-called "born alive" abortion bill is not the only legislation in the package that Wisconsin Republicans are seeking to advance. According to the AP, other bills in the package would prohibit pregnant people from seeking an abortion on the basis of a fetus' race, sex, or disability, as well as eliminate government funding for Planned Parenthood.

There is also a bill in the package that would require health care providers to inform anyone seeking an abortion with the drug mifepristone that the process may be reversed, per the AP. According to NPR, however, so-called "abortion pill reversal" treatments aren't always effective, and could even be harmful.

Assembly Majority Leader Jim Steineke told the Assembly Health Committee on Tuesday that the "born alive" bill was not "an anti-abortion bill," but rather "a pro-baby bill, a pro-life bill, a pro-common sense bill," per the Journal Sentinel. Democratic state Rep. Lisa Subeck, however, contradicted Steineke, noting that the goal of the GOP-backed package of bills appeared to be making it "more challenging for doctors to comfortably provide safe and legal, constitutionally guaranteed health care to women."

Despite pushback from doctors and critics alike, President Donald Trump sided with Republican lawmakers who are seeking to pass these anti-abortion bills. According to the New York Daily News, Trump criticized Evers at a Wisconsin rally last month, condemning the governor's pledge to veto the anti-abortion bills that may end up on his desk. He also falsely claimed that people in Wisconsin can "execute" babies, per the New York Daily News.

“The baby is born, the mother meets with the doctor, they take care of the baby, they wrap the baby beautifully,” Trump said at the rally. “And then the doctor and the mother determine whether or not they will execute the baby."

But this isn't true, as the New York Daily News pointed out. Health care providers who fail to care for babies who are born prematurely following attempted abortion procedures are already subject to fines and felony charges. Steineke suggested that opponents of the "born alive" bill are fine with "gray areas," but Democrats and critics have argued that this bill and the other bills in the anti-abortion package are unnecessary and potentially dangerous.