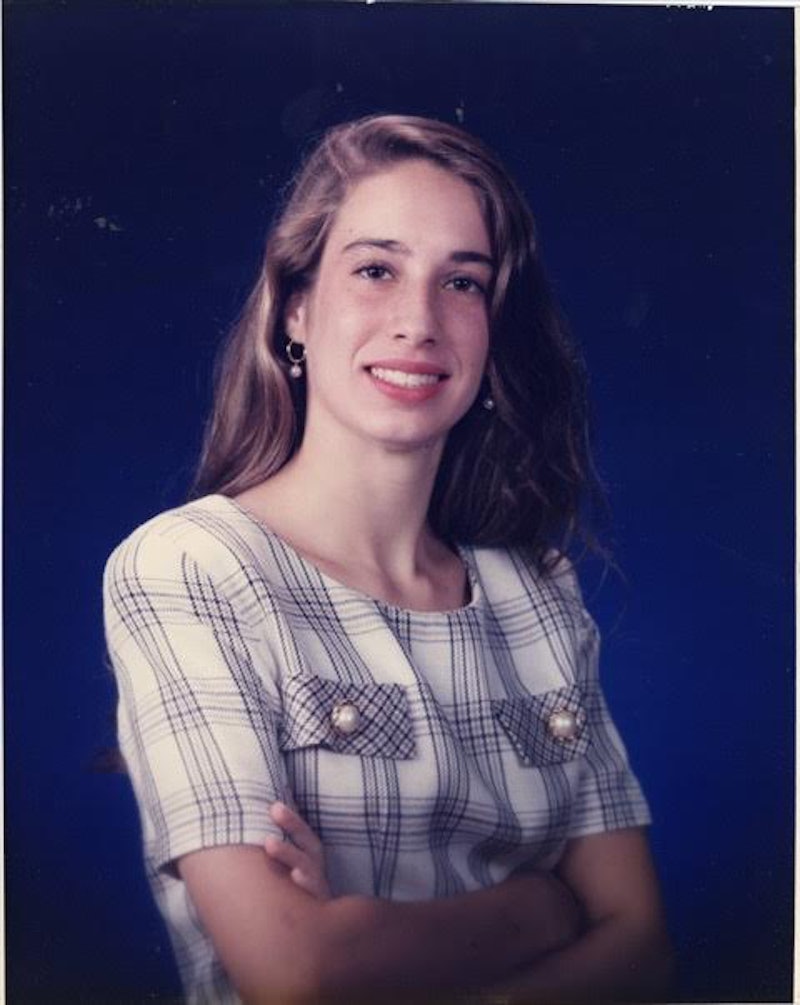 I was the kind of kid who feared talking to strangers. When I was 10 and my brother was seven, I'd coerce him into asking for change at the bowling alley, where our parents would take us every Sunday night to play with their church group, so we could feed the arcade games. I'd stand and nod and he would get the money and then we'd run off and play Zelda all night.

It wasn't just fear. I simply wasn't sure that people in the greater world wanted to hear what I had to say. What might come out of my mouth if I tried? I was at that awkward age, somewhere between cute and unsettling, and soon I'd grow into braces and a hairstyle that involved spraying a dramatic wave of hair across my forehead. (Forgive me, it was the '90s.)

So I relied on my brother. Or I got my parents to talk for me when we were out in the world. And then we moved to Alabama from our suburban Chicago town.

On my first day in class, my new fifth grade teacher yelled at me for not calling her "ma'am." I didn't know what she was talking about, or that this was something a person needed to say. It was all downhill from there, including me getting pantsed on the playground and trying to pretend it was all perfectly fine. Fifth grade was rough. Seventh grade got better. And in high school I met Mrs. Langford.

Everyone had to take PE at my high school unless you were excused by having an extracurricular, and freshman year I'd been so desperate to avoid the horrors of gym class that I signed up for cross-country (which meant I spent most of my afternoons attempting to run and dry-heaving). But by sophomore year I was smarter: I signed up for the debate team.

We were small but good, a sparky, plucky, bare-bones sort of team, and though the high school administration gave us little, Mrs. Langford gave us everything.

Mrs. Langford was the forensics coach (not the detecting crimes kind, she'd tell us, but the rhetoric and debate kind). She had short gray-white hair that fluffed about her head like the wings of a bird about to take flight when she was excited, which she often was. She was passionate and gangly and thin and pale. She pronounced words with an enunciating sort of affect and in a gentle Southern accent, though I don't recall her ever making me call her ma'am. She loved art and poetry and dramatic presentations. And, of course, she was really into debates based on moral principles, which is what I signed up for: Lincoln-Douglas debate.

For the debates, you'd receive a question like "Is Euthanasia Ever Justified?" or a hypothesis like "Resolved: The United States ought to provide a universal basic income" (the latter is an actual March/April 2018 topic from the National Association of Speech and Debate). You'd write an affirmative and a negative speech, and deliver one or the other against a competitor, depending on which slot you were assigned. The other debater would pepper you with questions in a cross-examination and vice versa, the two of you standing there sweating in a classroom in front of a judge, usually an older Southern man, who would determine the winner.

She'd recommend we read everything from Socrates to Plato to Descartes to Machiavelli. She was there to make us better. And she did.

You'd give it your all trying to beat the kids from Montgomery Academy or Vestavia Hills or Mountain Brook or Indian Springs. Often they seemed to overtly favor the male debater, which my teammates and I did not find particularly fair.

But Mrs. Langford was not joking around. She wanted us to win, and she had every angle covered. She'd even judge our outfits — she'd advise the girls that we should wear professional dresses that covered our knees, because knees are either good and you don't want anyone looking at them, or they're bad, and the same. (Sure, she had some old-fashioned views, but to this day when I look at my knees I think of her.)

She'd listen to our speeches, which we'd written with actual physical thesauruses and moral philosophy books by our sides on computer paper with holes punched in the margins, because this was a time when technology was different. She'd give tips on themes and syntax and intros and argumentation. She'd watch our eye contact and work on our gestures and how we stood. She'd recommend we read everything from Socrates to Plato to Descartes to Machiavelli. She was there to make us better — and she did.

Mrs. Langford had a closet in her large classroom. When it was time to practice and we needed privacy, members of the debate team would dip into this closet (I'd heard of students making out in there, but I can neither confirm nor deny that rumor). Those of us who weren't making out, well, we'd write and deliver our speeches, practicing against one another, and she'd putter around the room, listening to our elocution and our reasoning. She'd point out that we should speak slower — a five-minute speech feels like an eternity, but you tend to rush though it — or note that we could have stronger arguments. Or that, perhaps, our entire premise was flawed. Sometimes, she'd tell us we were good.

I'd never had a debate coach before, and at first the idea of speaking in public filled me with terror. But suddenly I was doing it. More than that, I really liked it.

I should have said thank you; I'm not sure I ever did.

I started to win awards, giant silver or faux silver trays or trophies shaped like the states they came from. You didn't know what you'd ever do with them, but they were fun to take home. Mrs. Langford pushed us, but she pushed herself, too. She'd drive us to competitions throughout the South, and beyond: A group of teenagers in a large van listening to their Walkmans and flirting with one another awkwardly and, of course, going over our speeches and our notes, doggedly testing ourselves all the way.

Mrs. Langford wanted to win, and therefore, we wanted to win. We were small but good, a sparky, plucky, bare-bones sort of team, and though the high school administration gave us little, Mrs. Langford gave us everything— her time, her energy, parts of her soul. We hosted our own debate tournament at our school. Hundreds of kids came.

Often we don't think about the people who do things for us for no other reason than they want to help us be better. We're suspicious: Why? What's in it for them? Or we simply don't notice, particularly when we're young. I should have said thank you; I'm not sure I ever did. By senior year I was the captain of my high school debate team.

Today, I not only speak in public, I also write publicly, and I try to communicate fearlessly with whomever I meet, strangers or not. For all that, I owe so much to Mrs. Langford, a woman who told me that I had a voice and that I should use it. It was one I could win awards with. And you know what? I did.