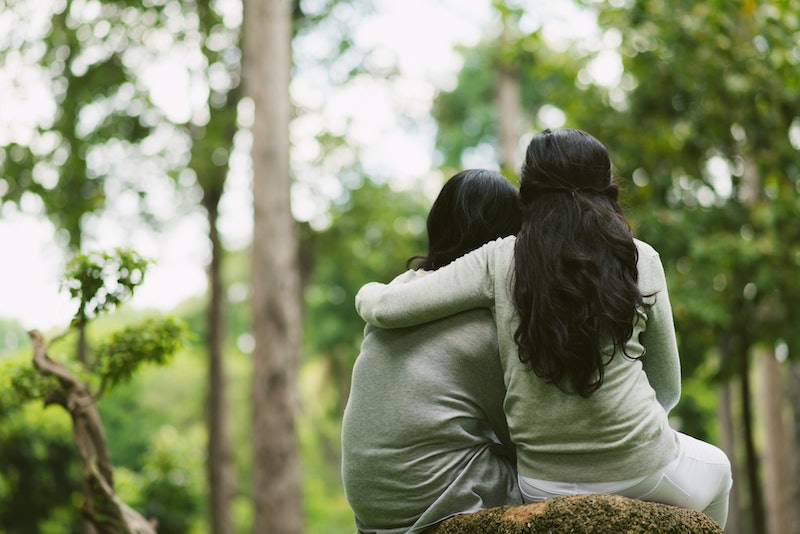 Autoimmune diseases can be devastating for people who live with them: an autoimmune disease is one where your body's immune system attacks healthy tissue it has misidentified as a "threat," and the mechanism for why this is is not very well understood. But in addition to this, women are far more likely than men to develop autoimmune diseases — around 75 percent of all people with autoimmune disorders are female, according to Everyday Health. When it comes to certain disorders like lupus, that number rises to about 90 percent, according to the Department of Health and Human Services. But now, a new study has found that hormones may play a role in why women are more likely to develop this type of disease compared with men — and it could be a huge leap forward for how we understand and treat them.

This is a serious women's health issue; autoimmune diseases range from Grave's Disease to multiple sclerosis, and many are chronic conditions with lasting consequences. The National Institute of Health considers autoimmune disorders to be the fourth biggest cause of disability for women in America, according to the Sjögren's Syndrome Foundation. So it's crucial to a lot of women around the world that we understand how it works.

People have been searching for the key to autoimmune illness's sex divide for a long time. And there have been many different potential explanations. Part of the picture seems to have to do with genetics. "Women are less susceptible to infectious diseases than men, but are more often prone to autoimmune diseases," geneticist Karen Helene Ørstavik wrote for The Journal of the Norwegian Medical Association in 2017. "This higher prevalence is partly attributable to the X chromosome, which has many genes relating to the immune system. It is advantageous for women to have two X chromosomes, but the price is a greater tendency to develop autoimmunity." Having XX rather than XY chromosomes gives people who are female some benefits, but a double dose of X chromosomes seems to have an influence on our immune system.

But one of the other elements is hormones, and that's where this new study, published in Nature Communications, has found something interesting. Scientists have gradually been uncovering a hidden culprit in the autoimmune issue: testosterone. Yes, testosterone is known as the "male sex hormone," but people who are female have it too, just in far lower doses than people who are male do. And it's been shown in various tests to have some kind of suppressive effect on autoimmune diseases like MS, in both animals and human men. But we haven't had much of a clue about why — until now.

People who are female typically have far less testosterone in their bodies than people who are male. And the new study, from the University of Gothenburg in Sweden, shows that this is a big reason why women are more likely to develop autoimmune conditions. They've figured out that it's to do with something called a B cell, a type of white blood cell that functions as one of the immune system's lines of defense. Testing the levels of your B and T cells (another kind of white blood cell) is a standard way of measuring how strong your immune response is. But B cells are also one of the big culprits in autoimmune diseases: they release the antibodies that attack healthy tissue.

So what does this have to do with testosterone? It turns out that testosterone actually reduces the levels of B cells in the spleen, which has a big role in the immune system. It does this, the Gothenburg scientists have discovered, by lowering the body's levels of a protein called BAFF, which helps B cells survive. More testosterone means fewer B cells, and less of a chance that these cells will begin attacking the body's healthy tissue.

This makes sense, because the scientists note that another study linked lupus to genetic problems with BAFF. And it gives us an interesting new thing to research for treatment of autoimmune disorders: BAFF inhibitors. If you can turn off BAFF in people whose B cells are causing serious problems, you might be able to help control their conditions and their symptoms.

There are still a lot of questions that we can't answer about autoimmune diseases in women. For instance, the American Autoimmune and Related Diseases Association explains that women of color are far more likely to get illnesses like lupus than white women, and develop them at a younger age. And we're still not sure why this is. But this new confirmation that testosterone plays a big role in autoimmune conditions might lead us to new discoveries, and better treatments for the women who are living with them right now.

More like this
How Ovulation Affects Your Sense Of Smell, Libido, & More
By JR Thorpe and Lexi Inks
An Expert Weighs In On The Viral Raw Carrot Salad Trend
By Alexis Morillo
The 4 Zodiac Signs Most Likely To Chase You, According To An Astrologer
By Kristine Fellizar
The Zodiac Sign Pairs Most Likely To Have A Sibling Rivalry
By Kristine Fellizar
Get Even More From Bustle — Sign Up For The Newsletter
From hair trends to relationship advice, our daily newsletter has everything you need to sound like a person who’s on TikTok, even if you aren’t.