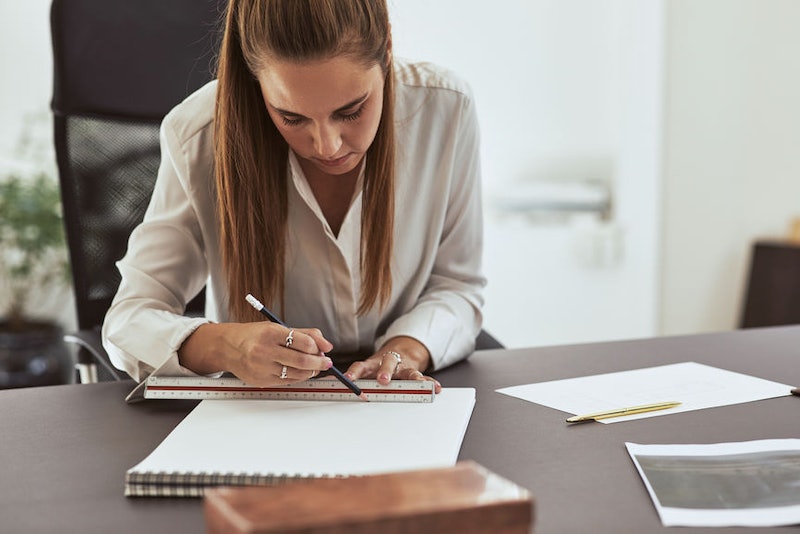 Ever felt overlooked for a job you're more than capable of, or seen your ideas silenced in favour of a man's? Here's a conclusion that won't surprise you: women are still seen as intellectually inferior to men, researchers from New York University have found, particularly when it comes to performing tasks that foreground intelligence. The study results point towards a prevailing gender bias in the workplace, the Guardian reports, which might explain why women remain underrepresented in "genius fields" like technology and science.

Another depressing finding from the study? Gender bias doesn't begin in adulthood. In fact, children as young as 5 are already more likely to pick boys over girls for tasks that require high intelligence — and girls have already internalised their own supposed intellectual inferiority.

As the Guardian points out, female students are more likely to go to university than male students and outperform them at school. And yet the bias persists. "Despite their achievements in the classroom and the workplace, our experiments suggest that women and girls may still encounter bias in circumstances where brilliance is viewed as the key to success," said Dr. Andrei Cimpian, lead author of the study.

The researchers performed an experiment on two groups, the first containing approximately 350 participants and the second containing about 800. In each group, the participants were given a job description and asked to refer people for the role; half of each group were told the job required high intellectual ability, while the other half were told to refer based on qualities like "consistent effort."

The results, published in American Psychologist, revealed that participants across both groups were less likely to refer women for jobs that emphasised intelligence. These job descriptions received only 43.5 per cent female referrals, compared to 50.8 per cent female referrals for the jobs that didn't mention intellectual ability. The odds of a participant referring a woman over a man fell 25.3 per cent when the role specified intelligence.

This bias in job referrals could have a significant impact on ultimate hiring decisions. "If [the] referral process is biased then even if the ultimate decision is based on merit, you are still making a decision on the basis of a pool of candidates that doesn’t have as many women as it should have given their competence," Dr. Cimpian said.

Another experiment — perhaps the most depressing aspect of the study — focused on children between the ages of 5 and 7. 192 children were asked to select three teammates from other children they didn't know for two new team games. Half of the children didn't get any further instructions, while the other half were told the games required "really, really smart" teammates.

By this point, you can probably guess the findings. Both groups of children tended to match their own gender with their first two choices. But by the third choice, the children choosing a teammate for the "smart" game were much less likely to pick a girl. Girls were chosen for this game only 37.6 per cent of the time, compared to 53.4 per cent when the children weren't told the game required intelligence.

Dr. Lin Bian, the study's first author, said, "Although it is intuitive to think of gender bias as an adult phenomenon, the gender imbalances currently seen in many academic and professional fields may actually be due in part to processes that unfold early in development." From a startlingly early age right into adulthood, the study indicates, women and men internalise the belief that women are intellectually inferior. Has anyone else's stomach been replaced by a pulsating ball of fury?