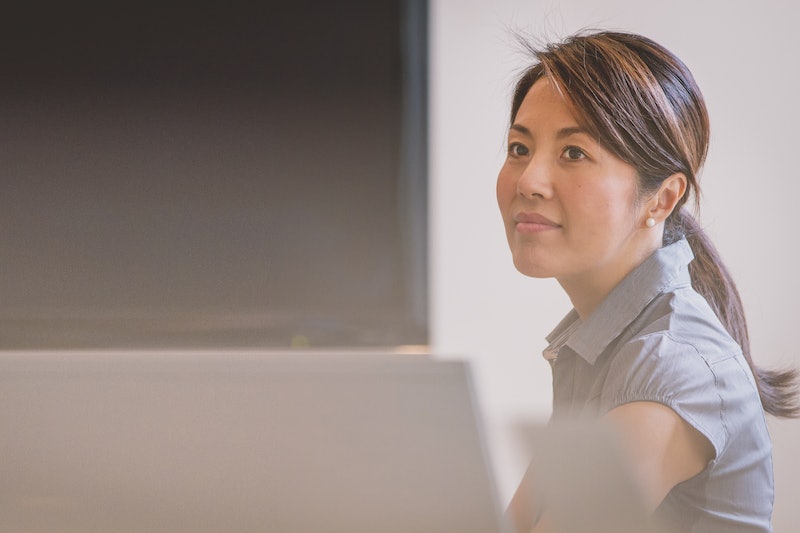 A study published this month in the journal Research in Higher Education found that women in academia do more service work than their male colleagues. Because tenure, salary raises, and other promotions tend to be based on factors like research and teaching — and not service — this discrepancy has a significant impact on female professors, leading to lower pay, fewer resources,and fewer promotions. And it’s not totally clear why women take on more service work than men in academia: Are they assigned service work because women are seen as natural caregivers? Or are women conditioned not to refuse service requests? The study authors suggest that it may be due to many factors — but, whatever the reason, they argue that universities and colleges need to start paying more attention to how this gender imbalance affects their workforces.

Professors Cassandra M. Guarino (University of California, Riverside) and Victor M. H.Borden (Indiana University at Bloomington) based their research on two surveys: A 2014 survey of nearly 19,000 faculty members from across 143 institutions, and a much more detailed 2012 survey of around 1,400 tenured or tenure-track faculty members at two research campuses of a University system in the Midwest.

The study found evidence from both surveys that “on average, women, regardless of rank, discipline, or racial-ethnic category, report performing more service than their male counterparts.” Academic service includes internal service (such as serving on hiring and admission committees) and external service (such as serving on the boards of professional organizations). Because the latter offers more professional visibility, it tends to be “worth” more, at least in terms of a faculty member’s CV. This latest study found that female professors perform more internal service than male colleagues.

This discrepancy between male and female professors is important because of the way performance is measured in academia. At research institutions, research and publications are the primary considerations when faculty members are being assessed for salary increases or promotions. At teaching institutions, teaching is the main factor, though research still may figure into tenure, promotion, and raises. In either case, although service is considered in relation to job performance, it is given a lot less weight than research or teaching.

Internal service by professors is essential to the running of an academic department — but it’s not something that will help people get ahead. If a female professor is spending a lot of her work day doing internal service, that’s time that she’s not putting toward the activities that will actually benefit her professionally. And if discrepancies in faculty service contributions happen along gender lines (which, apparently, they do), that imbalance contributes to a greater issue of gender inequality in pay and professional advancement.

So why, in the authors’ words, do female professors “[shoulder] a disproportionally large part of the burden of ‘taking care of the academic family’”? There are a number of possibilities. Amy Quinn, an adjunct professor at Rowan University in Philadelphia, told Newsweek that it might be due to gender stereotypes. “We tend to see female faculty members usually take on the nurturing tasks for undergraduate students,” she said. “We're the ones students usually talk to about their personal crises — they tend to come to the women for the ‘mom things.’” Sara Thompson, a graduate assistant at the University of Maryland, suggested that some female faculty may feel like they’re not allowed to turn down service opportunities. “Women are less conditioned to saying no to things, and having to work harder than men for the same opportunities since they're sometimes seen as starting at a lower point,” she told Newsweek.

Guarino and Borden, the study’s authors, suggest that the first step in remedying the problem may simply be raising awareness that there is a problem. They argue that departments need to actively monitor how service obligations are assigned and tweak those assignments if they fall disproportionally on women. Female professors, in turn, need to be made aware of the issue and need to have the ability to say “no” to service when necessary — though, as Inside Higher Ed points out, for a woman to refuse requests in the workplace is trickier than a simple "no," as women are often penalized when they’re not seen as “team players.”