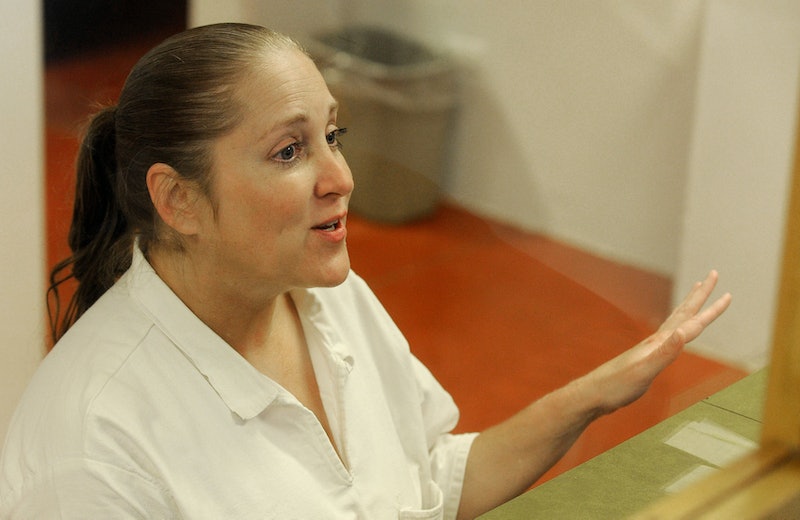 Originally broadcast in 2017, Channel 4's two-part series Women Who Kill centres around convicted female killers and how they committed their crimes. By diving deep into the investigations carried out by law enforcement and interviews with the women themselves, the documentary aims to discover what exactly "pushes ordinary women to kill people who they know and sometimes love," as Channel 4 describes. One of the cases explored in the second episode is that of Celeste Beard-Johnson, who is currently serving a life sentence for the murder of her husband Steven Beard.

In 1999, as People reports, retired television executive Steven Beard was shot in the stomach by a shotgun. Steven fought for his life for months in hospital, and was eventually released. However, he later "died from a blood clot, which was ruled a complication from the gunshot wound," People states.

Three years after Steven's death, his second wife Celeste was given two life sentences, according to the Texas Tribune, having been convicted of capital murder and injury to an elderly person. Despite Celeste denying any involvement in the murder, it is believed that she manipulated her alleged lover Tracey Tarlton to kill her husband for inheritance money, according to People.

After losing his first wife to cancer a few years prior, Steven wed the then 32-year-old Celeste in 1995, having met her at his country club in Austin, Texas, where she worked as a waitress, People reports.

According to the Daily Mail, Steven gave Celeste a $35,000 (roughly £27,000) allowance each month. "That was my stipend," Celeste says in the Channel 4 documentary. "I could spend it however I wanted, I would have diamonds. He didn't care because he was enjoying his life. If he got mad at me about spending too much money, it didn't last very long." Steven would eventually replace this allowance with a $500,000 (roughly £380,000) trust, which she spent within six months, as the Daily Mail reports. As state prosecutor Gary Cobb hypothesised: "She decided if [Steven] was going to put limits on [the money] then he had to die and that was just insane."

In 1999, Celeste admitted herself into a psychiatric hospital in Austin due to her depression which made her feel suicidal, People reports. It was here that she allegedly met and befriended Tarlton, who was also a patient at the time. According to People, witnesses at Celeste's trial stated that Celeste and Tarlton "became lovers" after leaving the hospital, and that Tarlton became obsessed with Celeste, murdering Steven as a result of that obsession.

Tarlton would eventually agree to testify against Celeste in exchange for a sentence of 20 years, which led to Celeste being indicted for the murder of her husband in March 2002. According to Tarlton, Celeste had told her that "Beard was the only thing standing in the way of the women's future together," as People reports. There was even a recording of a conversation between Celeste and her daughter Kristina that revealed that Celeste tried to hire someone to kill Tarlton so that she couldn't testify, People states.

When speaking about Tarlton in the Channel 4 documentary, Celeste says: "I mean it's just crazy, how does she walk around and function knowing her lies got me put in here for life? I just wish she would tell the truth, I wish she would have a conscience."

At the time of a 2017 report from The Sun, Celeste was "serving a life sentence in Texas." There have been no reports about Celeste's situation since.

Watch episode two of Women Who Kill on April 1 at 10 p.m. on Channel 4. You can also catch up with the show on All 4.