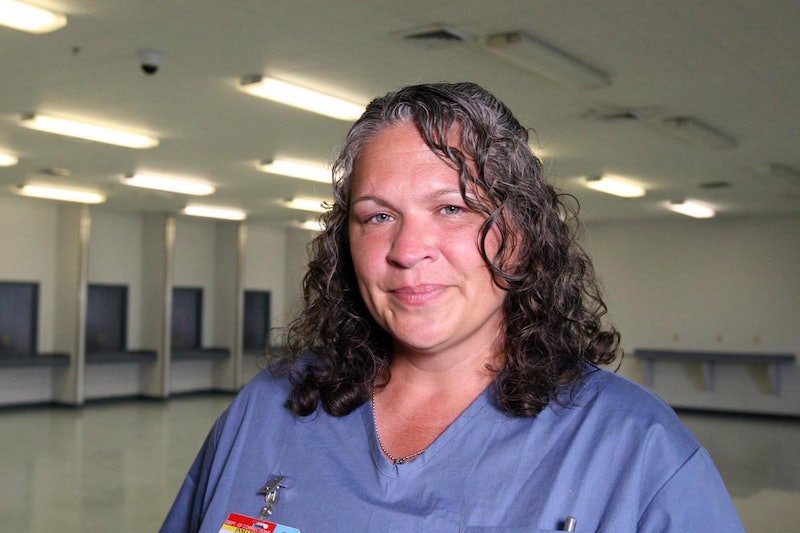 Dorice 'Dee Dee' Moore was featured on the second episode of Channel 4's series Women Who Kill as a convicted murderer who killed her former business partner and U.S. lottery winner Abraham Lee Shakespeare. Moore's case was pretty fascinating from start to finish, and, since her conviction, she has become known for causing court-room drama, including epic meltdowns and physical fits. But, after all of that, where is Dorice 'Dee Dee' Moore from Women Who Kill now?

Shakespeare was a causal labourer from Sebring, Florida, who won $30 million in the lottery in 2006, according The Sun. However, the newspaper reports that, instead of choosing annual payments of $1 million, Shakespeare opted for a one-off payment of $17 million. The newspaper writes: "Shakespeare acquired numerous 'hangers-on' after his big win in 2006. One of these was Dee Dee Moore, who launched a business with the lotto winner."

Speaking about how Shakespeare and Moore's relationship, the Daily Mail writes: "Moore sought out Shakespeare after he generously shared his newfound wealth by buying houses and cars for his fellow Polk County residents. As a successful businesswoman she claimed that she didn't need his money, but wanted to help him manage his finances as an adviser." The Mail reports that Moore then "began transferring his funds into her accounts, changing the deeds on his house and his BMW into her name."

According to The Sun, family members reported Shakespeare as missing in November 2009. The newspaper reports that "[a] tip-off led investigators to the back garden of Dee Dee's boyfriend's house. Shakespeare's body was found buried in five feet of dirt under a newly constructed concrete slab. He was 43."

As ABC news reports, in 2012 Moore was sentenced to life in prison without parole for the murder of Shakespeare. "During a dramatic trial Moore has broken down in tears several times, and at one point said that she went into anaphylactic shock while in custody after taking the drug Bactrim when she was having problems with cuts on her ankles from being cuffed every day," ABC writes.

In Channel 4's 2017 documentary Women Who Kill Moore attempted to prove her innocence by saying, "I would not have killed a man in the only carpeted room in the house. Come on, I'm a woman." And, speaking about her original trial, Moore told Channel 4: "In my case none of these facts came out. If those facts had come out, I wouldn’t have ever been convicted. I am not a manipulator type person, I didn’t deserve this."

In 2017, Fox News reports, Moore attempted to seek a new trial, claiming that her former attorney, Byron Hileman, did not allow her to testify during her original trial, even though she had wanted to. Moore also claimed that Shakespeare's friend Greg Smith had "tampered with the jury," Fox writes. There appears to have been no word on whether Moore will receive a new trial yet.

Watch episode two of Women Who Kill on April 1 at 10 p.m. on Channel 4. You can also catch up with the show on All 4.

More like this
David Tennant’s Transformation In ITV’s 'Litvinenko' Is Astonishing
By Sophie McEvoy
Emma Corrin Is Still Trying To Figure Out Their Dating Life
By Orla Pentelow, Alice Broster and Jake Viswanath
Jamie Dornan Just Shared A Major Update About 'The Tourist' S2
By Orla Pentelow
'I Am Ruth' Will Hit Close To Home For Parents With Teenagers
By Maxine Harrison
Get The Very Best Of Bustle/UK