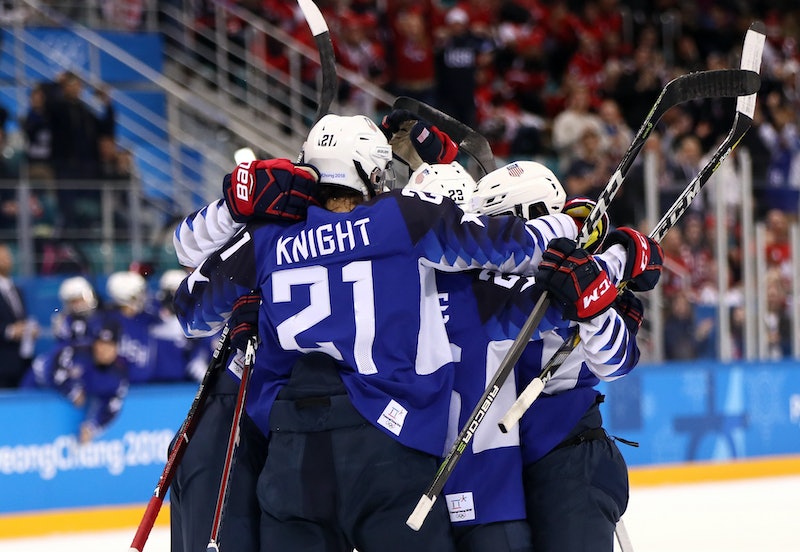 Professional women's hockey has never been even remotely as lucrative as the men's, but recent developments have pushed the women's players to a breaking point. Now, rather than accept an unsustainable future in the sport or playing and living with the poor circumstances, women's hockey players are boycotting North America's last remaining professional league.

“We are fortunate to be ambassadors of this game that we revere so deeply and yet, more than ever, we understand the responsibility that comes with that ambassadorship: To leave this game in better shape than when we entered it," read a statement that numerous women hockey stars posted on their personal Twitter accounts, including U.S. national team member Hilary Knight. "That is why we have come together, over 200 players strong, to say it is time to create a sustainable professional league for Women’s Hockey."

With this statement, more than 200 players pledged not to play in any professional league in the United States or Canada "until we get the resources professional hockey demands and deserves," per The Athletic.

"We cannot make a sustainable living playing in the current state of the professional game," the statement read, explaining the players' reasoning. "Having no health insurance and making as low as two thousand dollars a season means players can’t adequately train and prepare to play at the highest level."

This boycott comes after a series of setbacks for professional women's hockey in North America. In March, the Canadian Women’s Hockey League (CWHL) made the decision to shut down because of an ineffective business model, as The Athletic wrote. On a practical level, this left the players without the jobs they had worked so hard to attain (not to mention the staff, some of whom haven't received their last salaries, according to The Athletic). Several players told the publication, however, that the most painful moment came when they heard that even the league's trophies would be auctioned off to help cover the league's debts.

With the sudden news of CWHL's demise, an important question arose: Where were the players supposed to go next? According to The Athletic, the National Women’s Hockey League (NWHL) was the only professional option left in North America, but it wasn't optimal because of salaries that required the players to keep other jobs to support themselves.

"I think collectively we understand our value as players and we are evaluating different opportunities," Knight told The Athletic. "I can’t emphasize this enough the promise and the optimism we have as a group to figure out a solution that we see fit for the future and the growth of the game."

Currently, everything is very much up in the air. The NWHL is still planning to move forward with the 2019-2020 season, according to the Associated Press. Some have brought up financial support from the National Hockey League (NHL) as a potential solution, but NHL Commissioner Gary Bettman has been unwilling to appear as though his league is actively intervening in the business operations of the women's league until anything is finalized, according to The Athletic.

“We certainly support the objective — of both the NWHL and the elite Women Players — of allowing for the opportunity of women hockey players to play the sport at the professional level," NHL Deputy Commissioner Bill Daly told The Athletic.