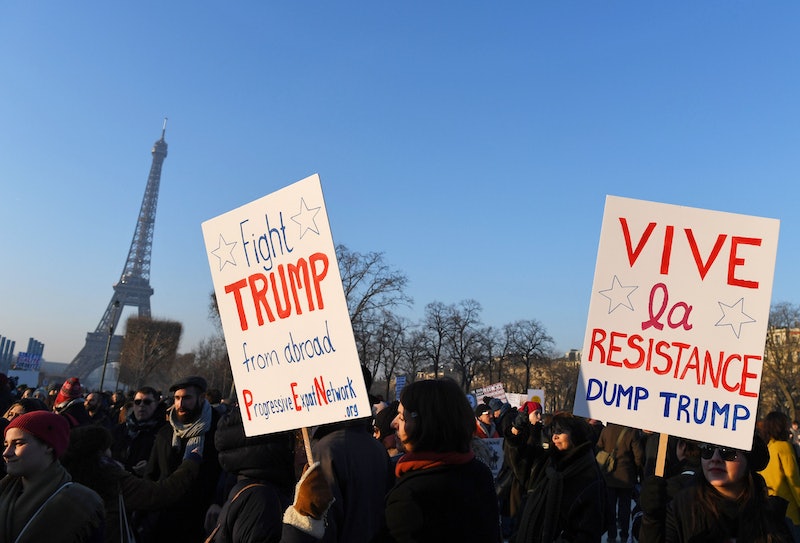 A historic event took place in Washington D.C. over the weekend, one that captured the world's attention and drew around half a million people in attendance. I'm speaking, of course, about the Women's March on Washington, which is believed to have attracted two to three times as many people as President Trump's inauguration the day prior. Sister marches were held elsewhere in the country and even worldwide, and concrete estimates of the Women's March turnout from around the world are now trickling in.

Professors Jeremy Pressman and Erica Chenoweth of the Universities of Connecticut and Denver, respectively, compiled a list of crowd estimates from all of the Women's Marches held elsewhere in the world. The count is still in progress, but they estimated that, at time of writing, at least 263,507 people came to Women's Marches outside of the United States. That's about 13,000 more people than the number of people who are estimated to have turned out for Trump's inauguration as the 45th President of the United States.

The usual caveat about crowd sizes applies here, which is that it's impossible to accurately measure crowd sizes. Furthermore, these numbers come from a variety of sources, including eyewitness accounts, so take them all with a grain of salt.

The number of people who attended international Women's Marches is impressive — and so is the staggeringly diverse list of places in which they were held. Sure, you had protests in Canada, Mexico and Germany, which was to be expected. But they also popped up in places like Ghana, Iceland, and Cambodia. There were women's marches in Malawi, Guatemala, and Hungary. The Isle of Eigg (part of Scotland) even had an anti-Trump protest, and so did Iraq.

Pressman and Chenowith also calculated estimates for Women's Marches that were held in the United States, and concluded that they collectively drew between 3.3 and 4.6 million people. That's more people than the populations of Iowa — and 21 other U.S. states, according to census data.

Of course, marches like these are only a means to an end, not an end itself. Only time will tell whether this progressive movement sustains momentum after his presidency begins in earnest. Still, these numbers are a very encouraging early sign to those who oppose Trump.

And they must be infuriating to Trump: The number of Americans who came out for his inauguration is fewer than the number of foreigners who attended anti-Trump protests. For a man whose obsession with crowd sizes is well-documented, that's got to sting. He'll probably never admit it, but we all know it's true.