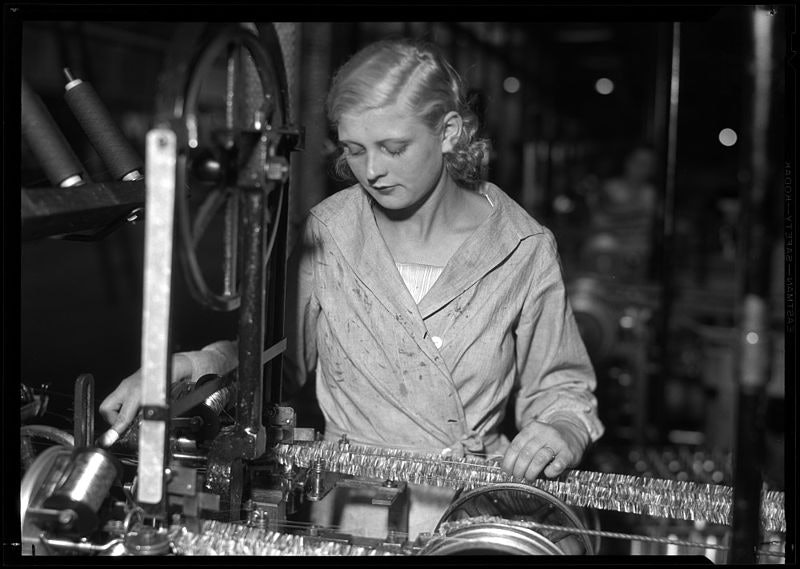 Being a woman in the workplace comes with its challenges, even in the modern era. Research shows that people *still* have trouble with women in the workplace, particularly with women in power, and these attitudes are incredibly difficult to fight. Part of the issue is, of course, how deeply these attitudes are entrenched in work culture. And that's partially down to the history of women working. Looking at old advice for women shows a lot of bizarre work advice for women from history that doesn't feel all that dissimilar from the advice you probably get today.

According to the U.S. Department of Labor, in 2017 women made up 47 percent of the workforce, and the number of working women hit 74.6 million. It's a far cry from the past, when the woman's place was "in the home" and female workers were largely domestic servants or laborers. During the Depression in the U.S., for instance, American political journalist Norman Cousins declared, “Simply fire the women, who shouldn’t be working anyway, and hire the men. Presto! No unemployment. No relief rolls. No depression.” And women have consistently had to battle against the idea that working isn't "feminine," and fight the fact that the standards for female excellence in the workplace are significantly higher than those for men.

Here are six bizarre pieces of advice for working women though history that show how far we've come — and how far we still need to go.