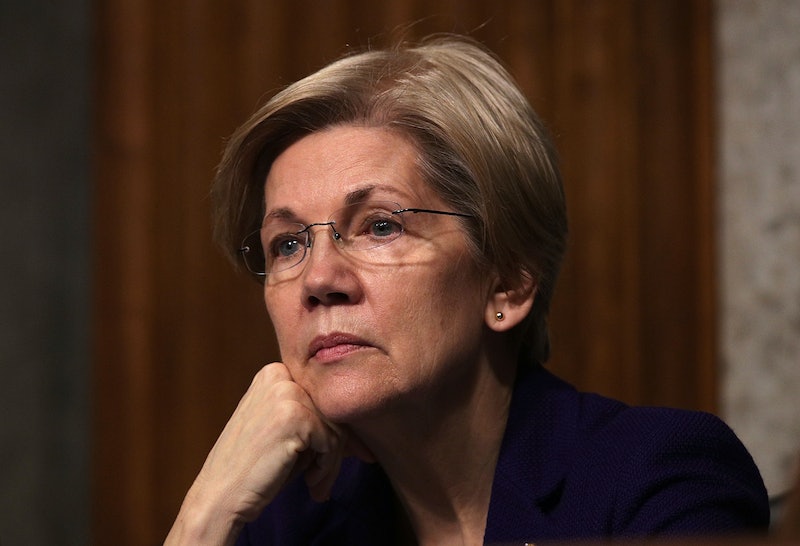 Hey, you guys, remember polls? Those things that kept coming out in an apparently incessant wave for the last 500 months of the 2016 Presidential campaign? Well, they're back! A poll released Wednesday from Morning Consult and POLITICO found that Donald Trump was trailing a generic Democrat. However, Trump would defeat Sen. Elizabeth Warren in a hypothetical 2020 matchup, according to the survey.

Despite the sensational headline, however, a poll taken nearly three years before the first contest of the 2020 election is about as meaningful as a groundhog not seeing his shadow on Feb. 2.

The lengthy poll, which asked respondents to weigh in on their favorite presidents and whether they thought Trump should publicly rebuke companies or not, also asked whether in the 2020 election whether they would support Trump or "the Democratic candidate." In the poll, 43 percent of respondents said they would support the Democrat, with only 35 percent supporting Trump. But when a generic Democrat is swapped out for Elizabeth Warren, the numbers flip, with 42 percent supporting Trump and only 36 percent going for Warren.

Before you go tearing your hair out, though, it's worthwhile to drill down a bit more into the numbers. For both hypotheticals, between a fifth and a quarter of respondents said they didn't know who they would support and/or had no opinion. Which, of course they don't — the election isn't for years.

Press even further and you find that in a separate question, nearly a sixth of respondents said they had never even heard of Warren, which makes asking people if they'd support her in an election even more of a fruitless endeavor.

The poll, conducted on Feb. 9 and 10, followed a dust-up between Warren and Senate Majority Leader Mitch McConnell, who formally silenced Warren on the Senate floor. Warren had been speaking out against Trump's nominee for Attorney General, Jeff Sessions, by reading a letter written by civil rights leader Coretta Scott King in opposition to Sessions' 1986 nomination to be a federal judge. The silencing caused outrage online, but Sessions was still confirmed.

However, the poll did have some interesting and more meaningful points: when asked about whether it was appropriate for the president to criticize specific companies — as Trump had done earlier that week with Nordstrom after the department store cut ties with his daughter, Ivanka — 61 percent of respondents said it was not.

This is probably just one of millions of polls to be conducted about hypothetical 2020 match-ups, but is as good a time as any to remind readers to read polling data skeptically and carefully — and be wary of any headlines that jump to wild conclusions.