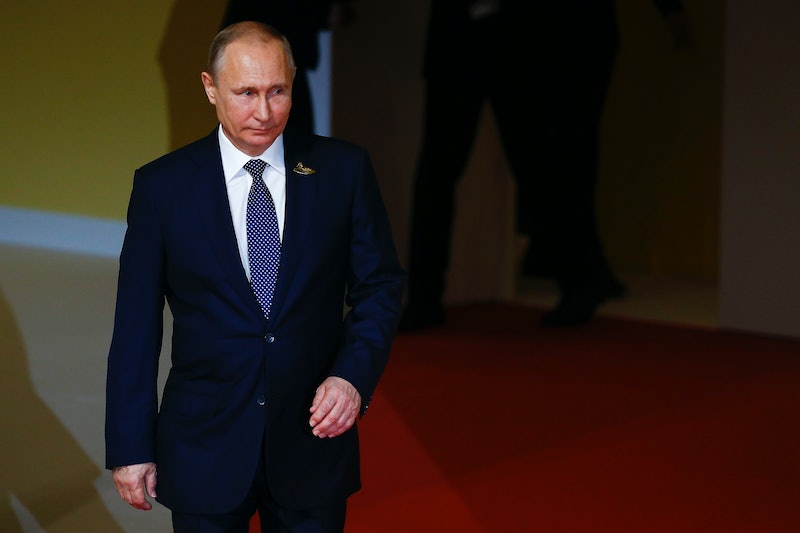 Tensions between the United States and North Korea are escalating — both nations have threatened the other with nuclear war — but it remains unclear how Russia would act if one or both of the countries made good on their threats. However, it seems unlikely that Russia would support North Korea given its past statements.

On Friday, Russian Foreign Minister Sergei Lavrov criticized both North Korea and the United States for the intensifying rhetoric. "Direct threats of using force are heard. ... The talk (in Washington) is that there must be a preventive strike made on North Korea, while Pyongyang is threatening to carry out a missile strike on the U.S. base in Guam. These (threats) continue non-stop, and they worry us a lot," Lavrov said. "My personal opinion is that when you get close to the point of a fight breaking out, the side that is stronger and cleverer should take the first step away from the threshold of danger," he added.

North Korea has said that it would be ready to strike Guam in the near future, and that U.S. President Donald Trump's language "is driving the situation on the Korean peninsula to the brink of a nuclear war,'" accordin to KCNA, a state-run news outlet. On the other side of the back-and-forth, President Trump made multiple aggressive remarks this week suggesting he was ready to attack the small, impoverished Asian nation.

On July 4, both Russia and China decried the rising tension between the United States and North Korea, saying that the two nations should find a diplomatic solution. Just as Russia's Lavrov did on Friday, China's Foreign Ministry reiterated its call for a deescalation.

“The current situation on the Korean Peninsula is complicated and sensitive,” Foreign Ministry spokesman Geng Shuang said in a statement to The Washington Post. “China hopes that all relevant parties will be cautious on their words and actions, and do things that help to alleviate tensions and enhance mutual trust, rather than walk on the old pathway of taking turns in shows of strength, and upgrading the tensions.”

Nonetheless, it is worth noting that Russia has a vested interest in North Korea (the two nations have strong business relations). In May, for example, the two countries launched an inter-nation ferry that runs between the Russian city of Vladivostok and the North Korean port of Rajin. "Mangyongbong's operation as the Rajin-Vladivostok international tourist liner will make a positive contribution to developing marine transport and economic cooperation and tourism between the two countries," a state-run North Korean news agency said at the time.

But as one Russia expert points out in The Washington Post, it seems Russia has more to gain from brokering a peace pact between the United States and North Korea.

"Since Vladimir Putin’s third term started in 2012, Kremlin policymakers have often stepped in to settle conflicts," Samuel Ramani wrote. "That’s to remind the world that Russia is a great power. Russia often reminds the world of its lead role in diplomatic settlements, as with the 2013 Syrian chemical weapons disarmament deal. The point is to show the international community that Russia can solve problems the United States cannot."