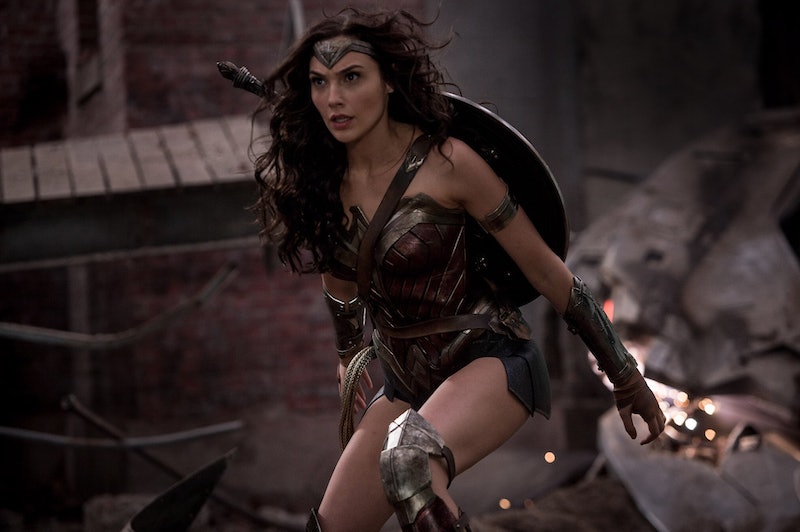 Seeing a movie like Wonder Woman hit theaters is undoubtedly awesome. It's empowering and about damn time to see a woman superhero as the main character kicking butt on the big screen. However, as a Black woman in America, I can't help but wonder if this Wonder Woman movie would be as accepted and loved by fans if the character weren't White.

If Wonder Woman wasn't White, people on social media would go haywire. If you have any doubts about this, remember when Michael B. Jordan, who is Black, was cast as the traditionally white Johnny Storm in the Fantastic Four movie and all hell broke loose. Oh, and let's not forget the stir over Idris Elba's role as Heimdall in the Thor franchise, which provoked boycott threats and people taking to Twitter to say that the casting would "ruin" the series. There's also the racial backlash Donald Glover got when cast as Spider-Man on TV, and the social media rants that were geared towards the casting of Amandla Stenberg as Rue in The Hunger Games.

Casting a non-White Wonder Woman would cause a frenzy, but I think it would be worthwhile — not to mention possible. In the comics, Wonder Woman has a "sister" called Nu'bia, who is supposed to be Black, so there's no reason that Diana herself couldn't be, too. Casting a Black Wonder Woman not only makes sense, but would be a great thing for representation on-screen. Having a female superhero is a big deal, but White women are penalized by their gender, but not race. Black or Latina women, however, are disadvantaged by gender and race, and seeing a hero of this nature portrayed on-screen would be a major deal for non-white female viewers and fans.

Nearly all the heroes we see in the comic book movie world are White and male, and, like Maya Rupert said in her "Imagining a Black Wonder Woman" article in The Atlantic, it's hard to see them as marginalized or representative of real people because of this. Female heroes definitely help, but seeing a White Wonder Woman and Super Girl rings of White feminism, with women of color wondering what it would ever be like to see people like themselves saving the world on the big screen instead.

The Wonder Woman mythology contains women of color, like Florence Kasumba, Samantha Jo, Ann Wolfe, and Mayling Ng. But the problem is you have to dig through Google to find out who they are. It’s not enough to put people of color in the background of movies, there only to aid the main character in finding success. They have to be a big part of the story, represented as main characters, not just part of the "team."

Hollywood has no problem changing the races of non-White characters to White (Ghost in the Shell, anyone?), but it's much more rare for them to make White characters Black, Latino, or other races. It's time that changed, and making Wonder Woman non-White could've been a huge step in that direction. Even a feminist movie like Wonder Woman could've used more inclusion, and until those changes occur, women of color will still be on the sidelines, waiting and pushing for Hollywood to consider us worthy of being superheroes on the big screen.