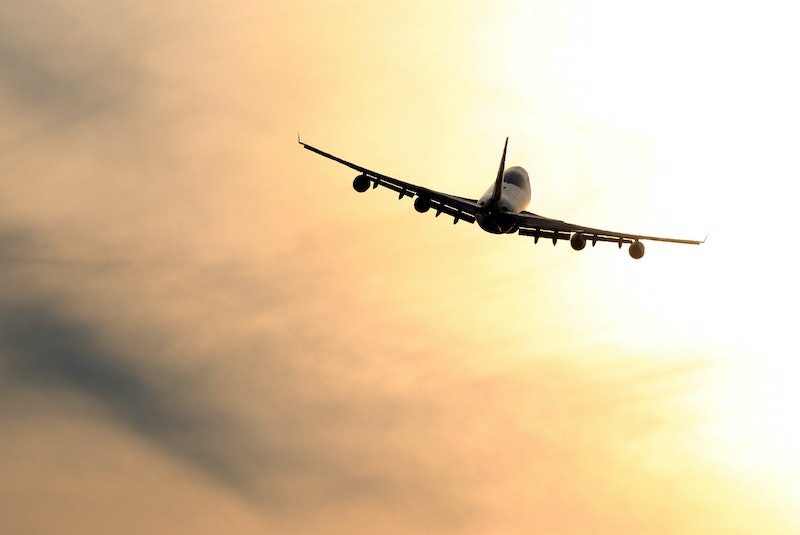 If you had a WOW Air flight booked, you'll have to change your plans. The Iceland-based WOW Air shut down very suddenly, stranding passengers who were expecting to board a flight on Thursday.

The airline posted a travel alert to its website on Thursday morning advising passengers that "WOW AIR has ceased operation" and "all WOW AIR flights have been cancelled." Any passengers in possession of a WOW Air ticket, the alert said, were "advised to check available flights with other airlines."

The announcement came with no warning, even for the people who were scheduled to travel with WOW the same day. As the BBC reports, the airline was still selling flights up until Thursday morning. Travel writer Victoria Walker even tweeted a screenshot of a WOW Air advertising email she'd received on Wednesday, the day before the airline went under. The company's demise has now left passengers stranded on both sides of the Atlantic.

Only certain passengers will be able to claim compensation or refunds, as WOW's travel alert explained. But for many people stranded in Iceland or elsewhere, or people whose upcoming flights were canceled, there's nothing they can do just yet except book another flight.

"Stranded in Iceland because of #wowair," wrote one Twitter user. "Anyone have a private plane to get us out of here? Icelandair is booked unless we pay $5000+..."

Other airlines are stepping up to help some passengers, although not in the form of free flights.

"Some airlines may offer flights at a reduced rate, so-called rescue fares, in light of the circumstances," WOW's travel alert explained, without offering any specifics at that point. As BBC later reported, Wizz Air, EasyJet, and Norwegian were all offering rescue fares, adding that Norwegian was offering 25 percent off bookings from customers with a valid WOW Air booking.

For many passengers, however, this could still create a tricky situation. WOW Air's trademark was its offer of low-cost, transatlantic flights to passengers traveling between North America and Europe, with a stopover in Iceland. For a last-minute transatlantic flight — or a last-minute one-way flight going from Iceland to either side of the pond — a 25 percent discount on a fare could still cost a substantial chunk of money, as Lonely Planet pointed out.

Twitter has basically erupted with angry complaints directed toward WOW for the sudden cancellations and poor customer service. Many came from those stuck on vacation in Iceland, which is an expensive country in the best of circumstances.

There were also more emotionally fraught situations, however, like a woman who was flying out to meet her husband, and a family who had a WOW Air flight booked for March 31 in order not to overstay a visa.

The Icelandic Transport Authority is also offering information on its website. With its low-cost flights, WOW seemed to offer a way to make travel less stressful for millions of passengers — but now some of them have ended up in a situation far more stressful than your average trip.