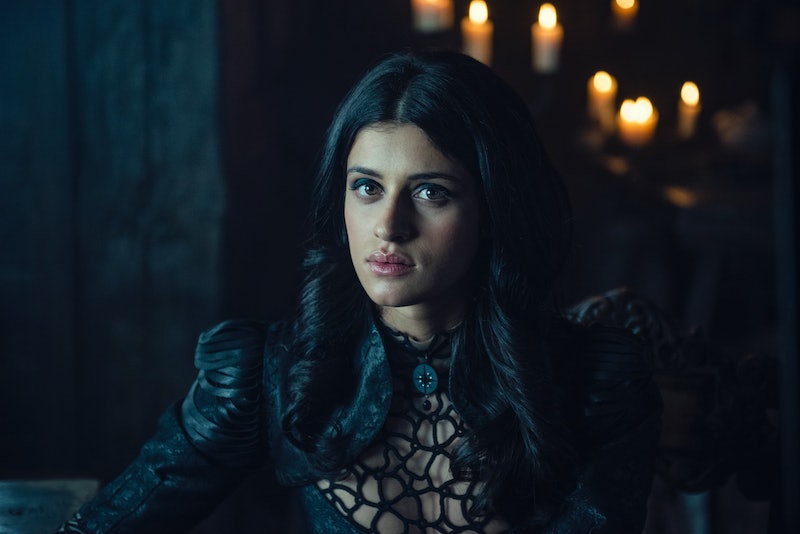 Warning: spoilers from The Witcher Season 1 ahead. To say that Yennefer’s journey on The Witcher is seeped in loss and tragedy would be an understatement, yet the Netflix series seeks to explore the character’s backstory in a way it never has been previously. Yennefer from The Witcher books always served as a central player in the series, however, much of her backstory has remained somewhat of a mystery. But now, this on-screen adaptation of Andrzej Sapkowski’s novels is more than willing to rectify that wrong.

One of the more gruesome aspects of Yennefer’s origin story thus far is when she seemingly has her uterus removed, thereby making it impossible for her to have children. It's a horrifying scene and one that's sure to stand out to viewers, whether you're familiar with the book iteration of her character or not. However, that specific incident isn't actually included in Sapkowski’s novels. Like most sorceresses in the series, Yennefer is sterile, though the way that goes about happening doesn't appear to be detailed to such a vast degree throughout the books. That's most likely due to the aforementioned fact that Yennefer didn't have as extensive of a backstory on the page as she does in the show.

The Witcher showrunner Lauren S. Hissrich spoke on the matter during a recent interview with Den of Geek, admitting that one of her first big creative decisions for the show was to give extra depth to Yennefer and Ciri’s journeys. “The thing that I think we have frankly changed the most is that anyone will tell you that The Witcher is about Geralt, the Monster Hunter,” Hissrich explained to the outlet. “And it is, but the thing that was really important to me was carving out Yennefer and Ciri in this story, especially bringing them to the forefront and providing them backstories, so that they weren’t introduced to the world only through Geralt.”

Given that Yennefer grows from being a young, 14-year-old girl with a hunchback, who was hated and sold by her father, to being a powerful, badass sorceress, her background plays a vital part in shaping the person she ultimately becomes. So it's important for audiences to see what she's been through in order to better appreciate the trajectory of her storyline throughout The Witcher.

Anya Chalotra, who plays Yennefer in the series, spoke with Comicbook.com about the various challenges her character will face throughout the season, calling her the "ultimate survivor" who will go on a journey of "self-discovery" and cover her life from the age of 14 to 77.

So while a shirtless Henry Cavill may initially be what grabs your attention, it's Yennefer who actually ends up stealing the show.

More like this
Netflix Shut Down 'Bridgerton' S3 Rumours About A “Very Dark” Storyline
By Bustle
'Wednesday' Star Emma Myers Thinks A Wenclair Storyline Is “Possible” In Season 2
By Alyssa Lapid
'That '90s Show' Is Officially Coming Back For Season 2
By Gretchen Smail and Grace Wehniainen
The 'Freeridge' Cast Shared Their Hopes For A Potential Season 2
By Grace Wehniainen
Get Even More From Bustle — Sign Up For The Newsletter
From hair trends to relationship advice, our daily newsletter has everything you need to sound like a person who’s on TikTok, even if you aren’t.