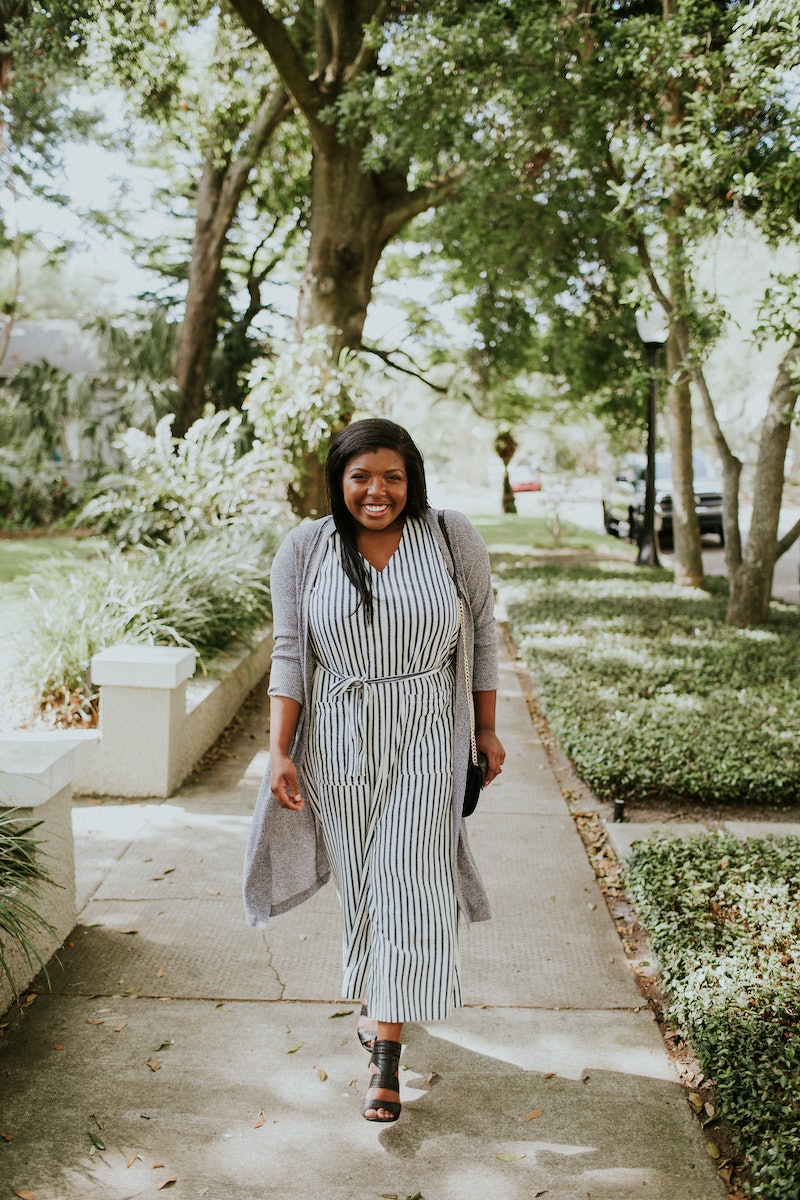 I have a confession: I am always barefoot. I take my shoes off on airplanes, while waiting for my meal at a restaurant, in church, at movie theaters, at work, and when I'm a passenger in a car. If I'm at a café and get up to order a second latte, I'll put shoes on, but if you peek under my desk or seat while I'm sipping it, you'll likely see my shoes on the ground, my bare feet tucked underneath me. I'm making a bold claim: We should all be barefoot more often. Bear with me.

Bare feet in public are typically reviled as a hygiene hazard, but studies have shown that not having shoes on could actually be better for your health. A peer-reviewed study conducted by researchers at Harvard University makes this salient point: "For most of the last six million years, species in the human lineage walked and ran barefoot," the study says. If you look at the history of the universe, shoes are relatively new.

The health concern, too, is overstated, according to an op-ed in The Washington Post, because we touch our eyes or mouths with our hands, not our feet. "You are far more likely to spread or contract an illness through your hands (think public doorknobs, sinks, keyboards, and hand rails) where germs are most plentiful," wrote Lauren Knight. And if you're afraid of picking up an illness from pathogens on the ground, the truth is that unless you have an open cut on your foot, you're probably OK. (Granted, as experts note, you should absolutely be careful of broken glass, hot pavement, or other potential dangers to your exposed toes if you choose this path.) But if you aren't using your feet to do anything other than walk on the ground, then who even cares?

I can't pinpoint when this habit began. I was raised in a household so prim that my parents once threatened to send me to a local manners school because I refused to keep my elbows off of the table. Maybe this is a subtle form of rebellion, or maybe I just really love being comfortable. My feet just feel constrained in shoes and socks, and even sandals can feel cumbersome.

My feet don't smell — I am meticulous about body odor and often ask my feet-hating husband just to make sure — and they are pretty unoffensive feet, in my opinion. I keep my nails trimmed and polished. There's nothing notable about them, except the fact that they're always out. I'm writing this at a local coffee shop — barefoot. I don't want to make anyone else uncomfortable, and I don't want dirty feet, so I'm not walking around leisurely without shoes on. (I usually sit in a chair with my bare feet tucked under me.) Wearing flip-flops most places, as one often does in Florida, makes this easier, but if I'm wearing shoes and socks, I'll leave my shoes on. But will I take off my shoes at your house upon meeting you? Probably. It doesn't even mean that I'm warming up to you — I just really hate wearing shoes.

I'm writing this at a local coffee shop — barefoot.

My husband has gently told me that keeping my shoes on is a good idea, but I've brushed him off. I didn't fully realize that walking around with bare feet was so loathsome until I mentioned it in passing conversation with a few friends. The response was pretty much unanimous: Keep your shoes on. I was so surprised that I reached out to a group of old colleagues who I still socialize with and asked, "Thoughts on being barefoot in the office?" As of this afternoon, I've received a single, one-word response from one member: "Vile." I pressed him for why he hated it, and he told me that "wearing shoes is not some horrible burden," and the workplace isn't your house. As much as I enjoy his company, I disagree. The other members of the group chat have probably deleted my number. Who knows?

I know that it's a bit bold to say that we should all aim to be barefoot as much as possible, especially because I've been trapped in cars and on planes with very smelly feet — an issue that having shoes on isn't necessarily going to fix. Just keep it clean and don't make it weird. But although I'm open to differing opinions, I am extremely secure in my barefoot habit. Sorry, not sorry.