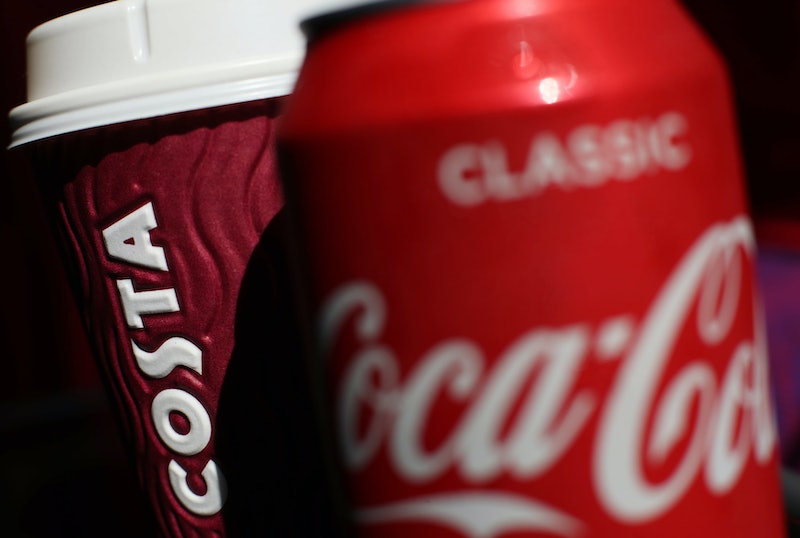 There's been a lot of food and drink hybrids over the years, and limited-edition flavoured coffees that come and go with the seasons is one that's stuck. Pumpkin spice latte? Autumnal and cosy. Gingerbread flat white? Warming and wintery. Strawberries and cream frappe? Get me to Wimbledon. Always in search of interesting new products, the Costa Coffee has launched an, erm, unexpected flavour. Yes Costa China has added Coca-Cola-flavoured coffee to its summer 2020 menu.

Yep, you read that right. Costa Coffee released two new drinks with a cola twist in May: a Coca Cola flavoured latte and a Coca Cola cappuccino. The coffee brand released the interesting new flavour in its China locations as part of its summer menu.

Now, we know the fizzy drink giant does come in many flavours too, from Lime to Vanilla, and has had its fair share of special editions (Coca-Cola Green Tea anyone?), but I’m struggling to wrap my head around this one.

On the one hand, I like both Coca Cola and coffee, so it could be a match made in heaven. But on the other hand, the coffee purist in me can’t imagine it. Perhaps it's the idea of a warm Cola-Cola flavour? (I don’t know about you, but I like mine ice cold.) Or the idea of mixing Coca-Cola and the frothy milk of a cappuccino?

In reality, a sweet coke could marry well with a mellow coffee. Costa Coffee have previously launched a vending machine exclusive Cold Brew coffee-flavoured coke, Coca-Cola Coffee Plus, in Japan in 2017, so maybe the conglomerate knows what it's doing. For the other cold coke fans, Costa Coffee have announced that there will be a Cold Brew version on the menu from July, too.

“The familiar crisp taste of the classic Coca Cola complements the smooth mellow coffee flavours found in our Cold Brew coffee,” a Costa Coffee spokesperson said when describing the Coca-Cola flavoured Cold Brew. “When served over ice, this is a truly refreshing summer drink.”

The fizzy drink conglomerate acquired Costa Coffee in 2018 for £3.9 billion, so it's no surprise really that the two brands have joined forces like this. The sad news is that the Coca Cola Coffee range is only in China at the moment, and there are no plans to launch it to the UK just yet, so we won’t be able to find out if the interesting flavour combination works any time soon.