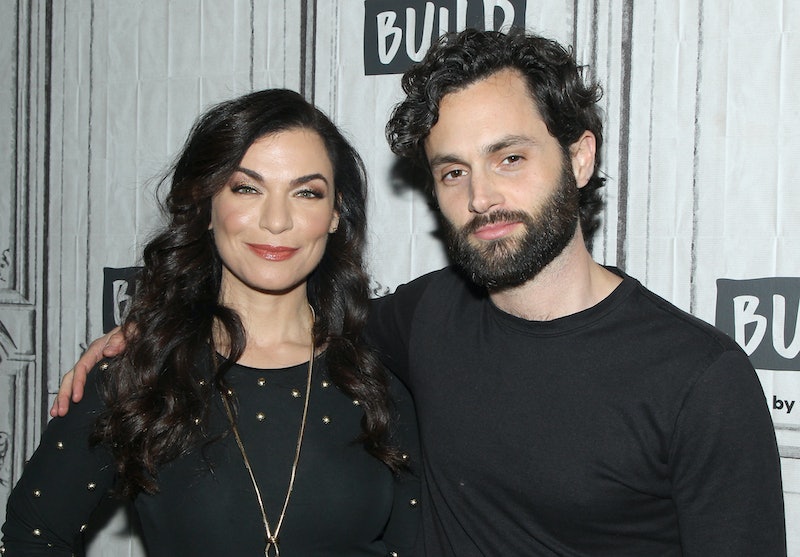 Ever since fans devoured the first season of Netflix's phenomenon YOU, they've been speculating about how our resident charming stalker-murderer Joe Goldberg (Penn Badgley) will finally be stopped. But only a few special people know the real answer, and they're not telling. YOU co-creator Sera Gamble knows how she wants Joe's story to end, as she told TV Guide in an interview published on Tuesday, Jan. 14. And, though she wouldn't reveal her plans, she did hint that she thinks fans will be more than satisfied with his fate.

In the new interview, Gamble teased the possible ways that Joe would get justice for his actions. "Not sure if Joe dying would be letting him off the hook," she hinted. "We want to keep stretching the edges of this character's self-awareness as we sort of traverse through the landscape of what romance is in your adult life, and what happens when you cause the kind of damage he does."

Gamble maintains that Joe will get what he deserves, whatever that may be. "Ultimately, Joe was born so we could burn him to the ground," she concluded. "I promise we won't redeem him." So, don't look for a happy ending for Joe; he doesn't deserve one. This is something Gamble has maintained for some time. “We really have no interest in redeeming Joe,” she told TheWrap in December of 2019. “We don’t see him as a character that we need to ever convince you has changed his ways completely or has become a quote-unquote ‘good’ person.”

While Badgley obviously doesn't know what Gamble has in mind concerning Joe's ultimate fate, he has some thoughts of his own, which he shared with Entertainment Tonight back in December. "Is it possible for Joe to go through all these experiences where we could all be like, 'I think he deserves something better now'. I'm not sure if that's possible," he explained. "Joe needs justice — but what does that mean? Does that mean prison? Does that mean death? I don't know!"

While fans are ultimately divided on how exactly YOU should end, the possibilities are truly endless. Joe could find himself in jail, in accordance with the plot of Hidden Bodies, one of the original novels which the show is based upon. Another ideal ending would be for Joe to end up trapped in the glass box at the mercy of someone else, before finally meeting his fate. However Joe's story ends, after everything he's done, he'll deserve whatever's coming to him.

More like this
'Stranger Things' Season 4 Volume 2 Trailer Teases New Episodes Coming July 1
By Grace Wehniainen and Gabrielle Bondi
The 'Ms. Marvel' Review Bombing Controversy, Explained
By Radhika Menon
Everything You Need To Know About The 'Knives Out' Sequel
By Grace Wehniainen
Regé-Jean Page Spoke Out On His Rumoured 'Bridgerton' Return
By El Hunt and Maxine Harrison
Get Even More From Bustle — Sign Up For The Newsletter