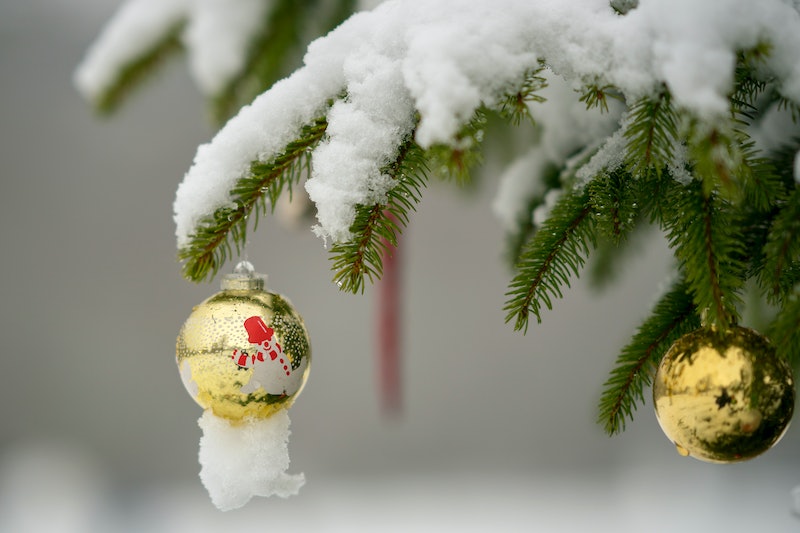 Ever wondered what the holidays — the nostalgic family memories, the cozy vibes, the promise of presents — looks like in your brain? It turns out that your brain has a "holiday center," a small but fascinating study in Denmark showed in 2015. The research suggests that for some of us, there are five interlinked sections of the brain that show particular activity when we think about or experience ~holiday~ things. This goes a long way to explaining why the holiday season in general can "feel" different from other times a year, particularly if we're heavily invested in them and give the holidays a lot of emotional meaning.

The study, which was published in The British Medical Journal, was conducted by researchers from the University of Copenhagen and used 20 subjects who celebrated Christmas in different ways. (The subjects did not observe holiday traditions related to religions other than Christianity.) Half of the people in the study had strong Christmas traditions, while 10 came from families and cultural backgrounds that didn't celebrate Christmas at all. It's worth noting that Denmark, where the study was conducted, has a strong cultural tradition of celebrating Christmas, and to a degree relates the holiday to the country's national identity.

The 20 people in the small study were given functional magnetic resonance imaging scans, or fMRIs, which look at electrical activity in the brain, while they looked at reels of images that were either "Christmas-related" or completely ordinary. "No eggnog or gingerbread was consumed before the scans," the scientists noted seriously. The aim was to see how Christmas-related experiences lit up their brains, particularly in those people who professed themselves to be Christmas devotees.

The study was clearly done in a light-hearted manner; the scientists wrote in the study's introduction that "Throughout the world, we estimate that millions of people are prone to displaying Christmas spirit deficiencies after many years of celebrating Christmas. We refer to this as the 'bah humbug' syndrome." However, the study itself revealed some deeply intriguing things about how Christmas affects the brains of those who have no deficiencies of Christmas spirit at all.

Both subject groups — which, again, were too small to be representative of a larger population — showed increases in activity in the primary visual cortex when they saw Christmas images, which isn't surprising: the primary visual cortex is where we do most of our image processing and translate what we see into meaningful data. However, there were five areas where the Christmas-loving subjects showed a lot of activity but the Grinches didn't: the primary somatosensory cortex, left primary motor and premotor cortex, right parietal lobule, and bilateral primary somatosensory cortex.

While it's often tricky to pin down a brain area's exact "job", the scientists behind the scans have some theories. The parietal lobules of the brain, they wrote, "play a determining role in self transcendence, the personality trait regarding predisposition to spirituality." People who experience Christmas as a religious or spiritual holiday will show activity here. The frontal premotor cortex seems to respond to memories of the emotions and actions of others. And, intriguingly, the somatosensory cortex "plays an important role in recognition of facial emotion and retrieving social relevant information from faces," says the study. The holiday center of the brain is remembering happy times with family and friends, and indulging in a feeling of togetherness and bonding.

It's important to take the results of this study with a large grain of salt; the subject size was quite small, and only measured the responses of Danish people to Christmas. Brits' or Americans' relationships to the holidays at large, and how those relationship show up in the brain may be quite different. But it's not surprising that a major holiday like Christmas, with all its heart-pulling elements and potentially powerful memories, could have a particular imprint on the brain.