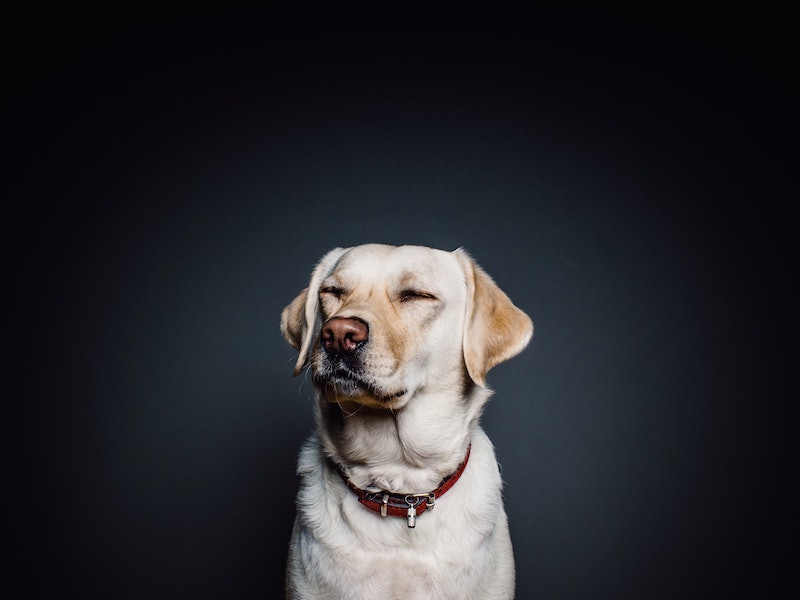 I’ve always felt that dogs are good judges of character — and now Science seems to back that up. New research suggests that dogs know when humans are being rude to each other — and they prefer people who aren’t jerks. This news makes me happy because it supports my hypothesis that dogs are great at judging romantic partners; in my own completely subjective experience, dogs I’ve known have been able to sift the good partners from the bad, often long before I’ve managed to do the same myself. So when your dog doesn’t like someone — or it seems to think that you’re the jerk — take it seriously. Your pup might be more aware of social relations that you think.

In a study published in the January edition of Neuroscience & Biobehavioral Reviews, researchers led by comparative psychologist James Anderson at Kyoto University set out to see if dogs evaluate people according to how kind — or unkind — they are to others. They conducted an experiment in which dogs were set in front of their owners and two actors. The owner would pretend to struggle to open a container, and ask for help from one of the actors. In some cases, the actor would open the container, and in others the actor would refuse. Then the actors would both offer the dog a reward. The researchers found that when the actor helped the dog’s owner, the dog didn’t show a preference for either actor when taking the treat. But when the actor refused to help the owner, the dog would show preference for the actor who hadn’t been involved in the exchange, suggesting that the first actor’s refusal created a negative association for the dog. Capuchin monkeys showed the same tendencies when put in similar situations. You can see a couple of these interactions in the video below:

New Scientist reports that studies have shown that babies start to judge adults’ social interactions by the age of one. Anderson believes that his and his team’s research shows that some mammals make similar social evaluations, telling New Scientist, “If somebody is behaving antisocially, they probably end up with some sort of emotional reaction to it.”

Anderson suggests that, in humans, these early social evaluations may have broad implications for adult social relationships. “I think that in humans there may be this basic sensitivity towards antisocial behavior in others. Then through growing up, inculturation and teaching, it develops into a full-blown sense of morality,” Anderson said. Although this research does not mean that dogs necessarily have complex moral codes, it does suggest that dogs are sensitive to human behavior and more likely to favor humans who don’t behave badly. So don't be a jerk — at least not when you're with your dog.