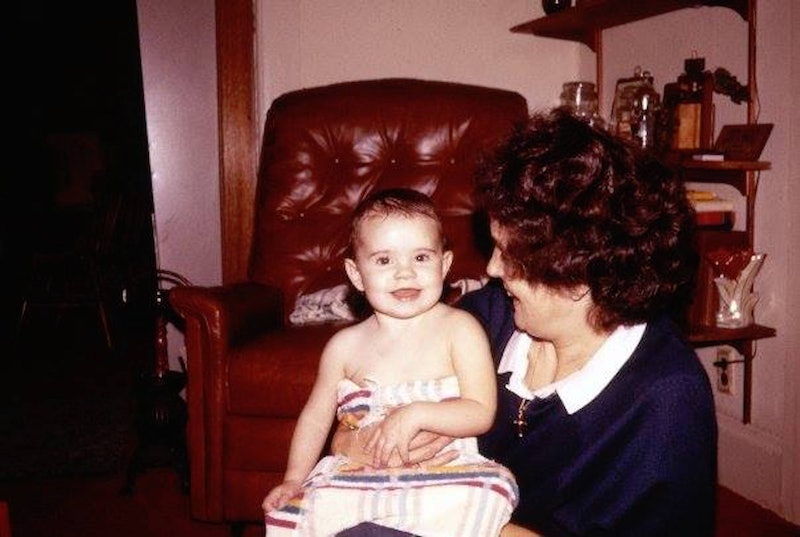 If you have memories of specific events from when you were just an infant chilling out in your crib, you actually might not remember those events at all. According to a new study, your first memories may be false because humans can't form memories before age two. In the study of 6,641 people, 40 percent reported that their first memory occurred before they were two years old. However, myriad studies have found that people actually can't create memories until age three.

The study from researchers at City, University of London, the University of Bradford and Nottingham Trent University, and published in the journal Psychological Science, found that those who reported memories before age of two may actually not remember the incidents they claim as their first memories. Even as adults, some people confuse things they've been told with actual memories or even adopt other people's memories as their own. This is likely the case with those who claim memories from infancy.

"As many of these memories dated before the age of two and younger, the authors suggest that these fictional memories are based on remembered fragments of early experience — such as a pram, family relationships, and feeling sad — and some facts or knowledge about their own infancy or childhood which may have been derived from photographs or family conversations," a press release about the study explained.

That being said, just because your brain can't form memories as a baby, that doesn't mean things that happened to you at that age can't affect you later. "It it is common to have suffered a trauma early in life and not have any memory of it," Allan Schwartz, LCSW, Ph.D. said in his advice column on the website Mental Help. This means that things you aren't able to remember because you were too young can drive certain emotions and behaviors later in life.

What's more, if you've been told about a specific incident or event, your brain could trick you into believing you actually remember it. "We suggest that what a rememberer has in mind when recalling fictional improbably early memories is an episodic-memory-like mental representation consisting of remembered fragments of early experience and some facts or knowledge about their own infancy/childhood," Dr. Shazia Akhtar, first author of the study and senior research associate at the University of Bradford, said in the press release.

"Crucially, the person remembering them doesn't know this is fictional. In fact when people are told that their memories are false they often don't believe it," Professor Martin Conway, Director Centre for Memory and Law at City, University of London and co-author of the paper, said in the press release. "This partly due to the fact that the systems that allow us to remember things are very complex, and it's not until we're 5 or 6 that we form adult-like memories due to the way that the brain develops and due to our maturing understanding of the world."

However, it's important to note that not all early childhood memories are false — the event you think you remember could indeed have happened, but your actual memory of it could be somewhat fabricated. In other words, the likelihood that you actually remember your mom pushing you through Central Park in a green stroller when you were a baby is slim, but you may have pieced this "memory" together from family stories and by looking at photos of you in the park. Your brain then adopted this scenario as a memory, despite the fact that you couldn't have actually retained this memory as a small child.

"For this person, this type of memory could have resulted from someone saying something like 'mother had a large green pram'. The person then imagines what it would have looked like," Professor Conway explained. "Over time these fragments then becomes a memory and often the person will start to add things in such as a string of toys along the top."

Overall, researchers are still very much in the dark about how the human brain works, according to the Stanford Medicine journal Scope. "We know very little about the brain. We know about connections, but we don’t know how information is processed," Neurobiologist Lu Chen said in an article about the topic. For example, some people remember very little from childhood while others can recount specific details down to what they were wearing and what they had to eat.

The main takeaway here is that an understanding of the human brain is constantly evolving. The best minds in science and medicine are actively researching the mysteries of the human brain, but concrete evidence about how this muscle actually works is years — or even centuries — away. If you do have a memory from infancy, talk to your family to try to piece together why you think remember this specific event. You might be surprised about what you discover.