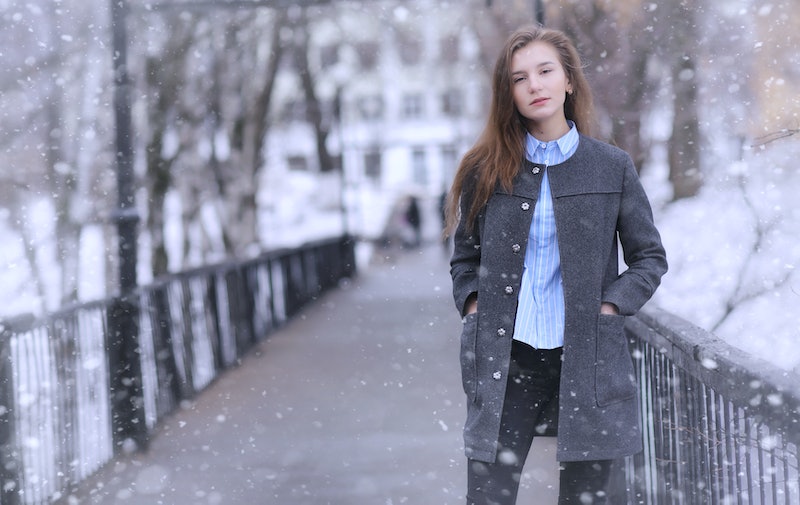 Many things can influence your personality — your upbringing, culture and even whether you own pets. But according to a new study published in journal Nature on Nov. 27, your personality is also determined by the climate of the city you grew up in. Researchers analyzed more than 1.5 million people in the U.S. and China, and they reported that people who grew up in temperatures around 72 degrees Fahrenheit were more agreeable, extroverted, conscientious and emotionally stable. If you grew up in freezing temperatures and aren't super outgoing, now you have an idea why. Interestingly, the study also mentions "too hot" temperatures. The farther your hometown's temperature is from 72 degrees, the less likely you are to exhibit these qualities.

The study hypothesizes that temperature could influence personality in some pretty straightforward ways. If you're in warm weather, for example, you're more likely to explore the outdoors versus staying inside to escape the cold. Interestingly, researchers think this study shows temperature is "a key factor that relates to personality." Basically, humans are warm-blooded, and as a result, we're happiest when temperatures aren't extreme.

Mild temperatures "encourage individuals to explore the outside environment, where both social interactions and new experiences abound; by contrast, when the ambient temperature is either too hot or too cold, individuals are less likely to go outside (for example, to meet up with friends, or to try new activities)," the study says.

First, researchers provided personality surveys to nearly 5,600 Chinese university students who were born and raised in 59 different Chinese cities. Then, they gave a personality test to 1.6 million Americans and asked them to provide the zip code of the place where they spent most of their youth. They accounted for age, gender, education and other factors, but the results remained steady: If you grow up in mild temperatures, you're more likely to be friendly. Researchers also looked at humidity and wind speed, but neither of those had a notable impact on personality.

Most of us don't fully understand the impact that weather has on our emotional wellbeing. According to the study, people feel psychologically secure when they're comfortable, which makes them more likely to explore. Other studies have suggested that people in cold environments look for friendship because they're seeking "social warmth." Researchers say this doesn't conflict with their findings — the study isn't saying that people surrounded by inclement weather are unfriendly or unhappy. They're just less likely to explore their environment and seek out new experiences, mainly because it's too cold out to do so.

It’ll be interesting to see how this research impacts future generations. The study notes that climate change will likely impact personalities even more as cities get hotter thanks to global warming.

I was born and raised in Florida, so 72 degrees — which is used as the ideal temperature by this research — is about the coldest weather I can comfortably handle. I'm happiest somewhere around 85 degrees, so I find this research fascinating. Growing up, I stayed inside because it was too hot to do anything — staying in because it was too cold just wasn’t something that happened. Even now, my idea of a good time is going to the mall and basking in air conditioning with my friends. My definition of exploring is parking farther away than usual from my favorite Starbucks.

But it makes sense that exploring and being adventurous has a positive impact on your personality and temperament. If you live in a cold climate, it may be time to take a vacation to a sunny place. Even if you aren't able to grow up there, you could leave friendlier.