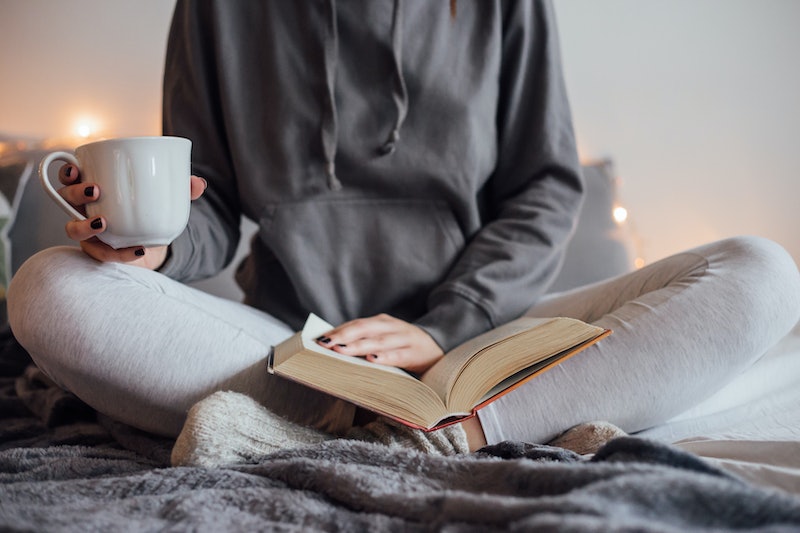 We already know that getting less sunlight can affect people's mental health. Around six percent of folks in the U.S. experience seasonal affective disorder, where the lack of sunlight over the winter months can cause symptoms of depression. But according to a new study, getting less sunlight may potentially be tied to higher chances of developing obsessive-compulsive disorder (OCD).

The study, which comes out of Binghamton University, State University of New York, and will be published in the July 2018 edition of Journal of Obsessive-Compulsive and Related Disorders, involved researchers compiling data from "many papers that addressed OCD prevalence rates in certain places and then recorded the latitudes of each location," according to a statement about the study published on ScienceDaily.

"The results of this project are exciting because they provide additional evidence for a new way of thinking about OCD," Meredith E. Coles, a professor at Binghamton University and a lead author on the study, said in the statement. "Specifically, they show that living in areas with more sunlight is related to lower rates of OCD."

According to the statement, Coles and her fellow researchers believe the higher rates of OCD may be linked to the lack of sunlight at higher altitudes throwing off people's natural circadian rhythms. Unusual sleep patterns are commonly seen in people with OCD, the team wrote in its statement, noting that "[i]ndividuals with OCD commonly report not being able to fall asleep until later than desired. Often times, they will then sleep in very late in order to compensate for that lost sleep, thus adopting a delayed sleep-wake pattern that may have adverse effects on their symptoms."

Coles said in the statement that people with thrown-off sleep cycles may have less exposure to morning light, "thereby potentially contributing to a misalignment between our internal biology and external light-dark cycle." She added, "People who live in areas with less sunlight may have less opportunities to synchronize their circadian clock, leading to increased OCD symptoms."

Areas located in higher altitudes consistently showed "higher lifetime prevalance rates of the disorder than areas at lower altitudes," according to the study statement.

While this is strong evidence showing a potential link, it's not enough to definitively say that the connection between OCD and locations receiving less sunlight is causation rather than correlation. Coles said in the study statement that she and her team will be continuing research in this area, and plan to "test a variety of treatment methods that address sleep and circadian rhythm disruptions."

"First, we are looking at relations between sleep timing and OCD symptoms repeatedly over time in order to begin to think about causal relationships," Coles explained in the statement. "Second, we are measuring circadian rhythms directly by measuring levels of melatonin and having people wear watches that track their activity and rest periods. Finally, we are conducting research to better understand how sleep timing and OCD are related."

A previous study out of Binghamton University, on which Coles was also a lead author, showed that the time at which people with OCD go to bed "significantly predicted participants' perceived ability to control their obsessive thoughts and compulsive behavior on the subsequent day, according to a statement about that study published on ScienceDaily.

Jessica Schubert, a coauthor on that paper, explained in the statement that the research looked at how "unusual timing of sleep might affect cognitive functioning," and added that it was possible disturbed sleep adversely affected people's impulse control. "It might be that something about shifting the timing of your sleep might reduce your ability to control your thoughts and your behaviors, so it might make it more likely that you're going to have a hard time dismissing intrusive thoughts characteristic of obsessions, and it might make it more difficult for you to refrain from compulsive behaviors that are designed to reduce the anxiety caused by obsessive thoughts," Schubert said in the statement.

According to the statement about the most recent study, Coles will be moving forward with information from both these studies and looking at how exposure to morning light could potentially be used in the future to revolutionize the way healthcare professionals help people with OCD.