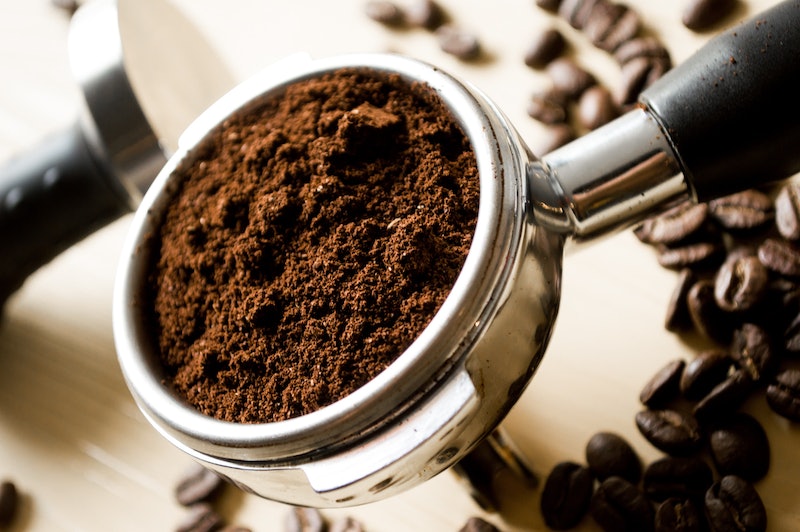 Sometimes it’s the simplest things that can make the most difference — and, in this case, possibly even save lives. A resourceful group of students at the University of Toronto has developed a way to employ used coffee grounds to help refugees. By combining three simple ingredients, they’ve created Moto, a firewood substitute that could relieve refugee women and children in sub-Saharan Africa from the time consuming, and often dangerous, labor of collecting firewood.

According to a 2014 survey by the UN's refugee agency (UNHCR), 90 percent of refugees in Chad, Ethiopia, Kenya, and Uganda use firewood to cook. Areas surrounding refugee camps have been stripped of wood more quickly than it can grow back, so refugees — usually women and children — have to travel far distances to find enough wood for the fires they need to cook their food. The UNHCR reports that these miles-long treks away from the camps put women at great risk of gender-based violence and sexual assault. In the 2014 survey, 30 percent of respondents reported that they have “come into conflict with a host community” while searching for firewood.

So where do coffee grounds come in? A team of engineering and MBA students in Toronto has developed Moto, a dark brown brick with a humble appearance and a lot of potential. It’s made of only three ingredients —used coffee grounds, sugar, and paraffin wax — that have been baked in a baking tin. When lit on fire, Moto can burn for nearly 90 minutes, though the team is working on increasing its burn time. The fire produced by the log is powerful enough to boil water and cook lentils and polenta, according to the CBC.

This is a product that contributes to the social good on a number of different fronts. First and foremost, it has the potential to replace the arduous, dangerous work of collecting firewood. “As soon as [refugees are] out of the camp, they're unsafe and that leaves them open to assault,” co-creator Sam Bennett told CBC Toronto. “[Moto] prevents the dangers associated with that, but also frees women up to spend time doing other things, whether that's trying to find another source of revenue or spending time educating their kids.”

Second, Moto could help to relieve the deforestation that plagues areas surrounding refugee camps. If refugees don’t have to rely on wood for their fires, vegetation might have more time to grow back. Furthermore, by using coffee grounds, Moto gives another purpose to a product that would have otherwise been thrown away. It seems like a win-win all around.

The Moto team even suggests that their firewood substitute could eventually be a source of income for refugees. Bennett told the CBC that they purposely kept the technology of Moto “super low-tech,” so that it can easily be reproduced. “We're thinking of creating basically micro-entrepreneurs, who would produce the logs and then distribute them throughout the camp.”

Right now, Moto is in competition for the Hult Prize, awarded once a year to teams of social entrepreneurs. Moto will compete in the regional round in March; the winning team will be announced in September and awarded with $1 million in seed money to launch its socially-minded start-up.

More like this
Iran Has Issued A Death Sentence Over Mahsa Amini Protests
By Catharina Cheung, Darshita Goyal and Maxine Harrison
What To Know About Martin Bashir After Watching 'The Crown'
By Bustle UK
10 Thanksgiving Alternatives You Can Celebrate This Month
By Katie Mitchell
The 7 Best Microwavable Coffee Mugs
By Kirsten Bakstran
Get Even More From Bustle — Sign Up For The Newsletter