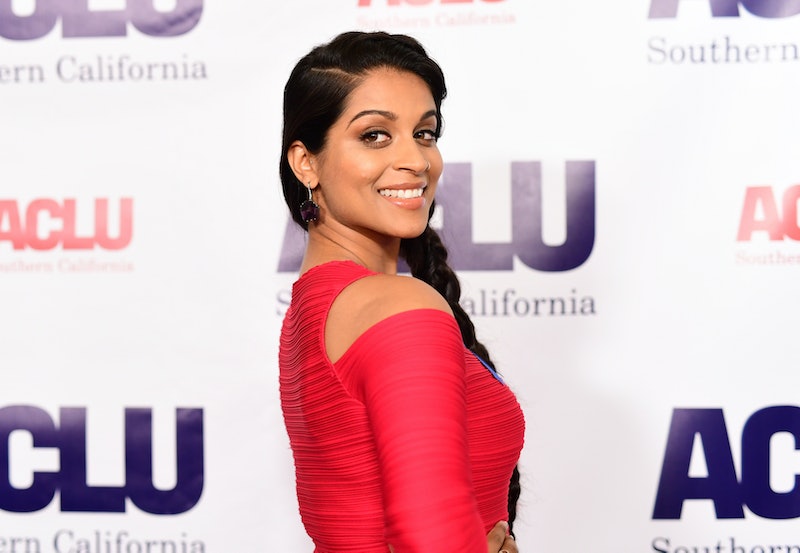 In a pretty “bawse” move, YouTuber and best-selling author Lilly Singh came out as bisexual on Twitter. On Feb. 24, Singh posted that she’s “female, coloured [sic], bisexual.” But that’s not what made her post resonate with nearly 150,000 users who faved the tweet. She continued by saying those traits used to be obstacles for her, but she’s now embracing them as her superpowers. “Throughout my life, these have proven to be obstacles from time to time,” Singh said in her tweet. “But now I’m fully embracing them as my superpowers. No matter how many ‘boxes’ you check, I encourage you to do the same.”

Just stop for a minute and take that in, folks. What if the very things society tells you make you marginalized actually make you powerful? But not just powerful; super powerful. Singh says being a queer woman of color used to get in her way, but now she’s taking those obstacles and turning them into what makes her amazing.

Race, sexuality, and gender identity, are just a few ways people can be oppressed or marginalized by those who hold more power in society, according to the Syracuse University Counseling Center; others include ability, socioeconomic status, age, and religion. Some people might identify with multiple marginalized groups, says the Syracuse University Counseling Center, and they might experience additional marginalization because of their intersecting identities — like Singh does as a queer woman of color.

When people are a part of a marginalized group, the Syracuse University Counseling Center says they can feel like they don’t have a voice, identity, or even a place in society. But what Singh is proposing in her tweet is flipping the script and telling yourself that, instead of seeing yourself as voiceless because you’re, say, bisexual, you see yourself as a powerful beeyotch because you’re bisexual. The internet is certainly on board with that idea, and they let Singh know they are stanning hard for her announcement.

Twitter user @TS_Cayman said, “I’m so proud of you, Lilly. You’re so authentic and true to yourself. I’m glad that you’re embracing all aspects of yourself and I hope you’re happy. You deserve to be. I hope you realize how many people your [sic] empower and inspire. I love you.”

Singh responded to all of the internet love with another tweet on Feb. 25. She wrote, “Thank you so much for the love and positivity. Words can’t describe how much it means. I appreciate you all. Group hug.”

There's definitely something to be said for reframing the way you think about something that might be hurting you; according to Mayo Clinic, there are proven health benefits to positive thinking. “Positive thinking doesn't mean that you keep your head in the sand and ignore life's less pleasant situations,” says Mayo Clinic. Inequity and oppression will still exist, but if you try to focus on what you can do to effect positive change, Mayo Clinic says your overall health will be better.

It’s so incredibly badass that Singh used her coming-out tweet as an opportunity to remind the world that everyone is beautiful and powerful, no matter how they identify. No wonder she calls herself Superwoman — she definitely deserves the title.