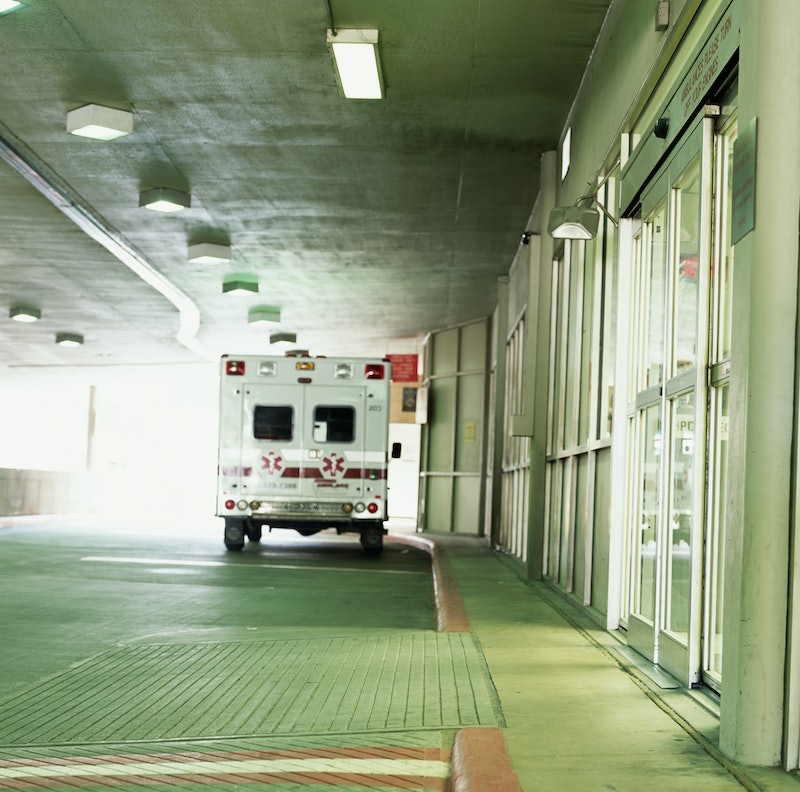 In January 2020, Brittney Poolaw went to the doctor for help. The 19-year-old had had a miscarriage. When she arrived at Comanche County Memorial Hospital in Lawton, Oklahoma, with the umbilical cord still attached to the fetus, she admitted to hospital staff she had used methamphetamines and marijuana while pregnant. Soon after, she was arrested and charged with first-degree manslaughter. As she was unable to pay her $20,000 bond, Poolaw was imprisoned for more than 18 months, at a time when the risk of death from coronavirus was 2.3 times higher for incarcerated people. This month, a jury convicted her after less than three hours of deliberation. Poolaw, who is a member of the Comanche Nation, was sentenced to four years in jail.

As an emergency medicine physician, I find her sentencing a disgrace. As a woman and citizen, I am appalled and angry.

In my job, I have informed patients that they may be having a miscarriage, or have already had one. I’ve witnessed a variety of emotions in response: relief, numbness, gratitude, and heartbreak. I’ve seen firsthand how critical it is to reassure patients that they are not culpable for the loss — and as doctors, we’re formally trained to tell patients that miscarriages happen for so many reasons that have nothing to do with their behavior. In other words: It is not their fault.

I reject the argument that when miscarriages happen, the people who suffer them are to blame. I’m also scared. In Oklahoma and 24 other states, health care providers are required to report suspected prenatal drug use to police. This case could set a precedent that convinces patients to withhold necessary information or forgo medical care altogether — because when they see this case, they will hear one major message: Don’t trust the doctor.

“As doctors, we’re formally trained to tell patients that miscarriages happen for so many reasons that have nothing to do with their behavior.”

I’m not the only one. Consensus from every major professional medical and public health organization opposes “criminal sanctions or civil liability for harmful behavior by the pregnant woman toward her fetus.” Statements from organizations like the American Medical Association, the American College of Obstetricians and Gynecologists, and American Academy of Pediatrics call such actions “inappropriate,” because they can obstruct proper medical treatment and communication, and because substance abuse disorders are “diseases that require treatment, not incarceration.”

In Poolaw’s case, prosecutors noted that the fetus’ autopsy report found evidence of an unspecified “congenital abnormality” and “placental abruption and chorioamnionitis” in addition to positive testing for methamphetamine and amphetamine (chemicals colloquially known as “meth.”)

We cannot identify what caused Poolaw’s miscarriage from these findings alone. Placental abruption, when the placenta separates from the uterus before birth, occurs in 1 in 100 pregnancies. Chorioamnionitis, an infection of the amniotic fluid, can be found in up to 4 out of 100 pregnancies. Regarding meth, a 2016 study conducted by addiction medicine experts found that frequent meth use during pregnancy is related to shorter gestational ages and lower birth weight. The study also noted that “the effects of poverty, poor diet, and tobacco use … have been shown to be as harmful or more harmful than the drug use itself.”

Up to 26% of pregnancies end in miscarriage. For people under 20 years old, like Poolaw, that number drops to 15.6%, according to a 2019 study in The BMJ. A number of factors can increase the risk of miscarriage, but as physicians, we can rarely pinpoint why — a fact underscored by the results of the medical examiner’s report in Poolaw’s case, which didn’t identify any of the autopsy’s findings as the cause of death. (This reflects an ominous pattern in which medical reports can be misinterpreted and manipulated by the criminal justice system. In May 2020, George Floyd’s autopsy report was used to suggest that his preexisting heart disease and drug use were the cause of his death, rather than Derek Chauvin kneeling on his neck.)

The National Advocates for Pregnant Women (NAPW) argued in support of Poolaw that Oklahoma’s manslaughter laws “don’t apply to those who suffer miscarriages, defined as pregnancy losses that occur before 20 weeks of pregnancy.”

“What if she had purposefully sought an abortion for her 17-week-old fetus, which is currently legal in Oklahoma?”

What’s more, while the fact that Poolaw is not to blame for her miscarriage is important to the story, her innocence is not contingent upon proving this fact. What if, for example, Poolaw had directly caused termination of her pregnancy? What if she had purposefully sought an abortion for her 17-week-old fetus, which is currently legal in Oklahoma?

Poolaw’s sentencing arrives during a year full of assaults on reproductive justice. In July, the Guttmacher Institute reported that 2021 was “already the worst legislative year ever for U.S. abortion rights,” citing that almost 100 abortion restrictions had been enacted in the first six months alone. According to NAPW, the majority of people prosecuted for pregnancy-related offenses are women of color, low-income women, and women who use drugs.

Earlier this summer, for example, Kim Blalock — a 36-year-old Alabama woman — was charged with felony fraud for taking hydrocodone that her doctor had prescribed to her while she was pregnant. In 2019, Marshae Jones was indicted for manslaughter because she lost her pregnancy after being shot in the abdomen five times. Police argued that because Jones had engaged in the fight and failed to flee, she had “intentionally” caused the fetal demise and was responsible for the death. (The charges against Jones were ultimately dismissed.)

These stories paint a grim picture. They show us that pregnant people can be shackled for, well, pretty much anything: for following a doctor’s order, for using addictive substances, and even for having a miscarriage — and now, doctors and medical reports are becoming tools of the justice system to enact this reality.

More like this
Bonnie Milligan's Wellness Routine, From Daily Journaling To Drugstore Teas
By Jessica Derschowitz
Why Being “Too Sensitive” In Relationships Is A Good Thing
By Lexi Inks
18 Hinge Prompt Answers To Try If You’re Looking For Something Casual
By Lexi Inks
Watch Jacinda Arden’s Devastatingly Honest Resignation Speech
By Sam Ramsden
Get Even More From Bustle — Sign Up For The Newsletter
From hair trends to relationship advice, our daily newsletter has everything you need to sound like a person who’s on TikTok, even if you aren’t.