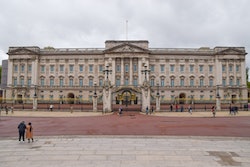 In early June, the Guardian uncovered documents at the National Archives that reveal racial discrimination in Buckingham Palace’s hiring process. The documents also revealed how the Palace has continued to negotiate clauses that exempt the royal household from race and sex discrimination laws. Now the Palace has published financial accounts which reveal that only 8% of senior management staff are from “ethnically diverse backgrounds”.

The documents uncovered by the Guardian in early June revealed that, in 1968, the Queen’s chief financial manager said that “it was not, in fact, the practice to appoint coloured immigrants or foreigners” to clerical roles within the royal household, adding that they could still work as domestic servants. It’s not clear when this practice ended, as Buckingham Palace “refused to answer questions about the ban and when it was revoked,” the Guardian reports.

A spokesperson did, however, say that records show that people from ethnic minority backgrounds were employed in the 1990s. According to the Palace, they “did not keep records on the racial backgrounds of employees” prior to that decade.

This practice seems to have been enabled by exemptions from discrimination laws that the royal household continues to benefit from. In 1965, the first law in the UK to deal with racial discrimination came into force, which was strengthened by a 1968 amendment that made it illegal “for someone to be refused housing, a job or access to services because of their ethnic background.”

The Portion Of Royal Employees From “Ethnically Diverse Backgrounds” In 2021

On June 24, 2021, the royal household published its annual financial accounts for 2020-2021. These reports revealed that the proportion of employees from “ethnically diverse backgrounds” was 8.5%, with a target of 10% for 2022. “We are not where we would like to be despite our efforts,” a senior palace source told Sky News. “It is not that we have not been progressing diversity and inclusion initiatives during this period, it is that simply the results have not been what we would like.”

The source continued, “We have continuous engagement with external advisers, organisations that are at the grassroots level who sit on our steering committee, people who are able to give us a different perspective. And we recognise that we must do more.”

A spokesperson for Clarence House also commented on the figures, as the accounts showed that only 8% of the senior management team for the Prince of Wales and the Duchess of Cornwall were from ethnic minority groups. “On the question of ethnic minority diversity we are not where we need to be,” they said, going on to explain that they are “determined to do better.” Kensington Palace has yet to publish its staff diversity figures.

Other documents discovered by the Guardian revealed that, since the 1970s, the Queen has been exempt from the 1970 Equal Pay Act, the 1975 Sex Discrimination Act, and the 1976 Race Relations Act. This was then extended to cover the 2010 Equality Act, which replaced the three previous laws.

This means that women and people from ethnic minority backgrounds working in the royal household who are being discriminated against may find it difficult to get their voices heard, as they cannot take a case to court.

According to Buckingham Palace, there is a “separate process for hearing complaints related to discrimination,” but the Guardian reports it has yet to provide details as to what this looks like.

The Use Of The “Queen’s Consent”

The Guardian also discovered issues regarding the use of the Queen’s consent, which is an “obscure parliamentary mechanism through which the monarch grants parliament permission to debate laws that affect her and her private interests.” While Buckingham Palace refers to the Queen’s consent as a “mere formality,” the newly uncovered documents reveal that this procedure was used to “secretly influence the formation of the draft race relations legislation” – the one put forth in 1968.

It seems that then home secretary James Callaghan and other civil servants at the Home Office decided against debating the race relations bill in Parliament until they received the Queen’s consent — meaning that “her advisers were satisfied it could not be enforced against her in the courts.”

TG Weiler, a Home Office civil servant, wrote that Buckingham Palace “was prepared to comply” with the law, but only if it had “similar exemptions” to the diplomatic service which “could reject job applicants who had been resident in the UK for less than five years.” Weiler also noted the Palace’s concerns that “if the proposed legislation applied to the Queen’s household it would for the first time make it legally possible to criticise the household” from a “statutory provision”.

Why These Documents Matter

The discovery of these documents is just the latest development in the discussion around the royal family and racism. In an interview with Oprah Winfrey, Meghan Markle revealed that certain members of the royal family had conversations about “how dark” Archie would be when he was born. “It was really hard to see those as compartmentalised conversations,” Meghan explained.

The Duchess of Sussex also detailed her mental health struggle caused in part by the British tabloids’ intense scrutiny and racist reportage. Meghan said her experience got to the point that she “didn’t want to be alive anymore” but she was refused help and support by “the institution” of the royal family and human resources because she wasn’t a paid employee. Prince Harry followed up by saying that racism was “a large part” of why he and his wife decided to leave the UK.

A days later, in response to a question relating to the interview, Prince William said the royal family “is very much not racist” and Buckingham Palace also issued an official statement along the same lines. “The whole family is saddened to learn the full extent of how challenging the last few years have been for Harry and Meghan,” the statement read. “The issues raised, particularly that of race, are concerning. While some recollections may vary, they are taken very seriously and will be addressed by the family privately.”