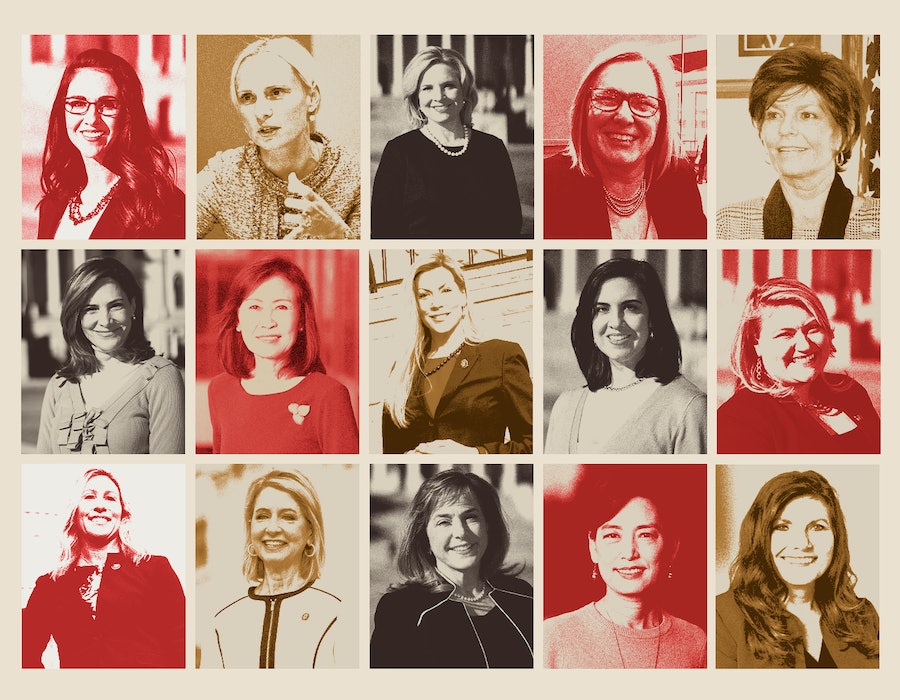 A historic number of Republican women assumed Congressional office this month in the 117th Congress, with 17 first-time inductees in the House of Representatives. The party now has the highest number of women in the lower chamber that it’s ever had, with at least 28 GOP women out of 435. (It bests the previous count of 13, in 2019, but falls short of the Democrat's current count of 89.)

In 2019, FiveThirtyEight created a five-winged system to classify the GOP — the Trumpists, the Pro-Trumpers, the Trump-Skeptic Conservatives, the Trump-Skeptic Moderates, and the Anti-Trumpers — which highlighted how the party had morphed and schismed under the president. "The most important dividing line in the Republican Party right now is probably this: How much should the GOP adhere to Trumpism?" wrote reporter Perry Bacon, Jr., who created the system. He imaged "Trumpism," loosely, as a "wariness" of longstanding global alliances, institutions, and American immigration. His question still stands.

With Trump now out of the White House, where does that leave the party, particularly those who rode his coattails into office? “The new class of women seems to be in the mold of Trump,” says political analyst Meredith Conroy, who’s covered the rise of GOP women for FiveThirtyEight. “This makes sense... it is difficult to run as a woman in the party of Trump."

Now, with the figurehead decamped to Florida, Bustle sized up the 17 newly minted representatives with this framework — from QAnon supporters to the first Korean American congresswomen. (Since many of them are first-time lawmakers, categorization leans disproportionately on campaign platforms and social media. The list includes neither provisional Rep. Mariannette Miller-Meeks, whose Iowa race is still being contested, nor first-term Sen. Cynthia Lummis, as she previously served in the U.S. House.)

More like this
Prince William Condemns “Unacceptable” Comments Made To A Black Guest At Buckingham Palace
By Shahed Ezaydi
Jennifer Garner's "Lovely Date" To A White House Dinner Was Her Daughter Violet
By Brad Witter
Matt Hancock's “Cringe” Jungle Karaoke Left Twitter Reeling
By Sam Ramsden
The David Beckham Qatar Controversy, Explained
By Sophie McEvoy
Get Even More From Bustle — Sign Up For The Newsletter