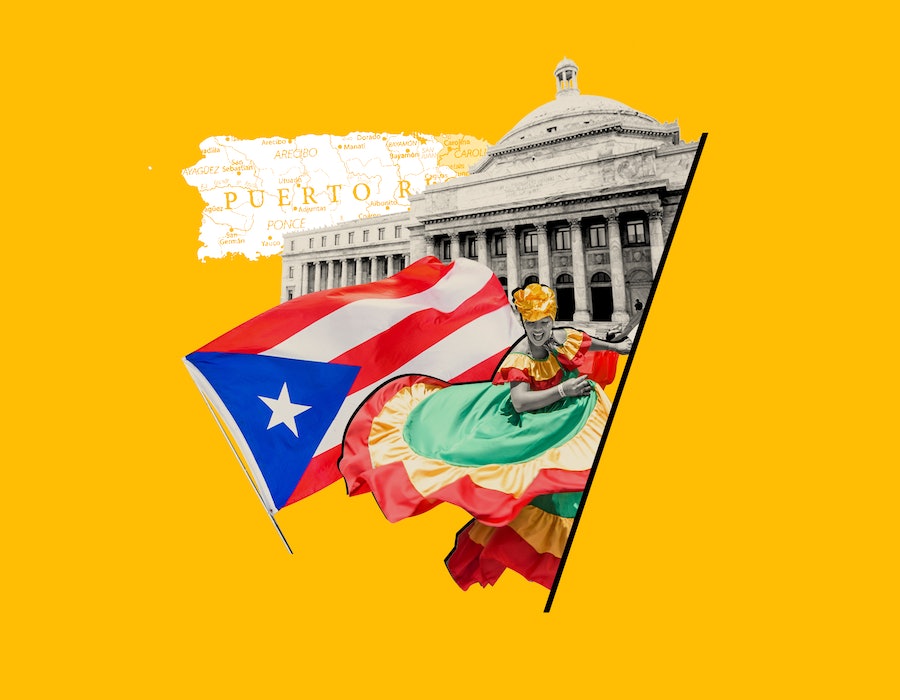 Debates about Puerto Rico statehood resurfaced again this month. On March 2, Florida Rep. Darren Soto, a Republican, partnered with Puerto Rico’s nonvoting congressional member, Rep. Jenniffer González-Colón, to introduce new legislation to officially make Puerto Rico a state. But the next day, a letter was sent to House Speaker Nancy Pelosi and Senate Majority Leader Chuck Schumer, undersigned by 80 organizations from Puerto Rico and its diaspora, that urged the U.S. House to vote for a different bill instead — one that was introduced last summer. The Puerto Rico Self-Determination Act of 2020, first brought forward by Reps. Nydia Velázquez and Alexandria Ocasio-Cortez last August, calls for a convention to allow Puerto Ricans to collectively decide their political future.

On March 18, 2021, Reps. Velázquez, Ocasio-Cortez, and Sen. Bob Menendez planned to reintroduce the self-determination bill into the new Congress.

What’s the difference between these two bills? How much would the difference matter, anyway? And what do Puerto Ricans want? As it turns out, the relationship between Puerto Rico and the United States is long and complicated as is the path forward. Here’s the gist.

So why isn’t Puerto Rico a state?

The archipelago’s official status is a self-governing, unincorporated U.S. territory. After being colonized by Spain in the 16th century, the island was invaded by U.S. forces in 1898 during the Spanish-American War. Spain ultimately relinquished power, paving the way for U.S. control. Starting in 1917, Puerto Ricans were granted U.S. citizenship, courtesy of the Jones-Shafroth Act. The law also outlined how Puerto Rico’s government would operate with the U.S. federal government: The commonwealth would get a governor, an American-style court system, and a nonvoting representative in Washington. (The recent bill proposed by Reps. Soto and González-Colón was introduced on the anniversary of the Jones-Shafroth Act.)

Puerto Ricans have voted on statehood six times before, each in non-binding referendums. The first three (1967, 1993, and 1998) came out against statehood. Subsequent votes have been riddled with uncertainty due to low voter turnout or incomplete ballots. But ultimately, the decision is up to Congress.

No, Puerto Ricans cannot vote in presidential elections, and their congressional representative is a nonvoting member. Still, they pay federal taxes, are subject to federal laws, and pay for Medicare and Social Security. (Cashing in on these benefits is much harder for Puerto Ricans than for citizens in the 50 states.)

What are the benefits of Puerto Rico statehood?

Puerto Ricans would have equal representation in Congress, the ability to vote in federal elections, and clearer access to federal benefits. Nearly 44% of Puerto Ricans live in poverty, and federal aid for the territory, even when desperately needed, is dispersed slowly and narrowly. For example, after 2017’s Hurricane María left much of the island without water and power for weeks, then-president Donald Trump delayed recovery funds. In the interim, the archipelago was rocked by additional natural disasters.

In the island’s November 2020 elections, statehood was on the ballot in multiple ways. Puerto Ricans elected a new governor, Pedro Pierluisi, who ran on a platform centered on getting statehood. (He didn’t win a majority of the vote, which was split among multiple candidates.) And there was a referendum on statehood, which won by less than 5%. Soto and González-Colón’s bill draws largely on that referendum vote.

What are arguments against Puerto Rico statehood?

Critics argue that the November 2020 referendum had a major flaw: It focused solely on statehood and gave Puerto Ricans no other options for their future. Previous referendums (2017, 2012) have allowed Puerto Ricans to choose between statehood, the status quo, or independence from the United States.

Additionally, some progressive lawmakers, such as Ocasio-Cortez, think that defining Puerto Rico in relation to the United States is rooted in a colonial mindset. Her co-sponsor, Velázquez, called the November referendum a “political trick,” saying that the issue couldn’t be boiled down to a single yes-or-no question. Their alternative bill, which has support from many progressive-leaning groups, calls instead for a robust status convention in which Puerto Ricans can have a “deliberative, comprehensive, and uninterrupted space of dialogue that can define the future of Puerto Rico.” Their bill, the Puerto Rico Self-Determination Act, would establish a more open-ended discussion about the island’s future.

What would the Puerto Rico Self-Determination Act do?

The convention would have a “semipermanent body” — whose delegates would be elected by Puerto Ricans — that would exist until a decision was reached. They would draft options for the island’s future, a transition playbook for each option, and then decide which option to bring to the Puerto Rican public for a vote. If approved by the people, the option would then be brought to Congress for ratification.

What happens next for Puerto Rico statehood?

According to NBC, Soto and González-Colón’s statehood bill currently has 49 supporters in the House. (It needs 218 votes to move to a Senate vote.) Velázquez, Ocasio-Cortez, and Menendez’s bill is more in line with a promise made by President Joe Biden to “work with representatives who support each of the status options in Puerto Rico to engage in a fair and binding process to determine their own status.”